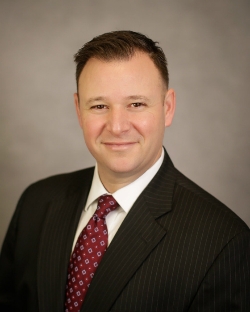 The principal of Gould Injury Lawyers, Robert Gould, has spent the last 18 years fighting hard to win cases for injured victims. He works fast and aggressively to maximize case values and resolve cases quickly. While some lawyers use a lot of words to describe their successes, Attorney Gould relies on his record of satisfied clients and significant results. Contact Gould Injury Law now to discuss your claim and find out just how responsive and aggressive Attorney Gould is.

For Robert Gould, working hard to obtain justice isn’t just a job for him, it’s in his blood. As the son of a retired law school professor and grandson of Samuel Gould, a prominent lawyer in Connecticut, Robert always knew that he wanted to be a lawyer.

Upon graduation from law school, he worked briefly for an insurance company before realizing that his calling was to help injured victims, not figure out how to take advantage of them. This realization brought him to a personal injury firm in New York where he worked as the senior litigation attorney spending his days representing injury victims in all 5 boroughs of New York City.

In 2006, Robert decided to return to his roots in Connecticut and began working as an associate at a large personal injury firm. Very quickly, Robert rose to take on a leadership role at the firm and began training younger associates on negotiating tactics; however, he grew frustrated with some of the ‘red tape’ that came with a large company.

In April 2012, Robert opened his own firm, Gould Injury Law, with a very unique and clear mission:

Gould Injury Law will settle cases as fast as possible.

Where other firms might allow cases to sit around for a variety of reasons, his firm would not. Following this mission, the firm has grown incredibly fast under Robert Gould’s leadership and thousands have benefitted from his unique negotiating ability and settled their cases fast.

Robert, his wife, and their 4 children reside on the shoreline. He spends his free time coaching his kids’ sports teams, getting involved in their school activities, and trying to squeeze in a little time at the beach.

At Gould Injury Lawyers, we are New Haven personal injury lawyers, we are proud of the fact that we use our extensive legal expertise to help people in our community who have suffered an injury or worse because of the negligence or recklessness of others. If you have suffered an injury in an accident that should have been easily avoided were it not or someone else’s actions or failure to act, we want to talk to you about it. You may be entitled to compensation not just for your injuries and medical bills but also for lost wages and more depending on the circumstances of your case. We represent clients in cases that involve car accidents, motorcycle accidents, other traffic accidents, workers’ comp, etc.