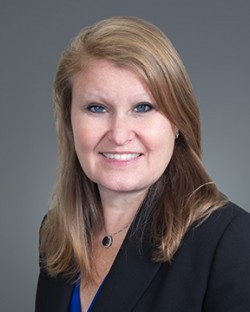 LAURA R. SHATTUCK is a partner and co-founder of PARRINO|SHATTUCK, PC. She is an active litigator and has substantial experience working on complicated cases. Her practice is dedicated to representing clients in all aspects of family law, including divorce, alimony, property division, child custody, child support, post-judgment modification, and post-judgment contempt. She is a Martindale-Hubbell AV Preeminent-rated attorney.

Shattuck is an active volunteer and has served on the board of the March of Dimes Fairfield County Division. She partakes in the Connecticut Judicial Branch Stamford Family Volunteer Attorney Program as well.

Powell-Ferri v. Ferri - Based on Massachusetts law, it was proper for trustees to transfer funds from one trust that let the party husband withdraw principal to a second trust from which he could not withdraw principal. The automatic orders did not require the husband to sue his family member trustees for return of the assets.

Dowd v. Dowd - Although the husband was aware of his alimony obligations under the separation agreement, he failed to comply based on a creative but meritless interpretation of the agreement. An award of counsel fees and interest was proper.