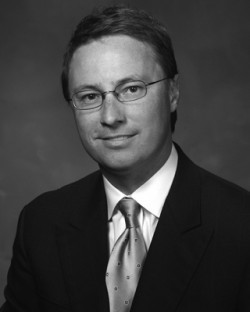 Marc C. Patoile is a director and shareholder in the firm's litigation practice. Marc represents clients with the confidence and expertise clients desire in seasoned attorneys.

With more than 18 years of courtroom experience, he knows how to bring many time-saving solutions to resolving your case and he has the reputation for effectively arguing your case in court, if it cannot be settled amicably. Marc Patoile’s practice focuses on complex litigation, where he brings a law and business based education, which includes an M.B.A., together with a Juris Doctorate from the University of Denver, and a diverse range of courtroom experience to these matters. Mr. Patoile has developed a regional reputation as a Douglas County lawyer handling contested hearings in family law and trials in criminal matters. He receives many referrals from judges, other attorneys, clients and, often times, even from the opposing parties he has faced in court. In addition to divorce and criminal cases, he also practices in Colorado equine law matters. He has first-chaired over 100 trials to juries and the courts in domestic, criminal and civil matters. He has also served as a mediator and court-appointed special master (appointed by Douglas County judges), in addition to having a background in collaborative law, which affords him a unique perspective on settling complex matters. He has written for numerous publications on legal topics and has taught Continuing Legal Education courses to fellow attorneys. Mr. Patoile is the past President of the Douglas-Elbert County Bar Association, where he also served as Vice-President and Treasurer, which is an honor bestowed upon him by the other Douglas County attorneys and judges who elect their peers for these positions. He is not only a member but has served on the Colorado Bar Association Board of Governors, which was another privilege bestowed upon him by other Colorado lawyers and judges. He has served as an alternate Castle Rock Municipal Court Judge. Mr. Patoile was the prosecuting attorney for several years in Monument, Colorado and has been a Special Prosecutor in Castle Rock and Greenwood Village, Colorado. He has been previously appointed by judges in the federal and local courts to handle a wide variety of trial matters. The firm was chosen as the Best of the Best 2007 and 2012 Law Practice and as the 2008-Douglas County’s Finest Attorneys. Mr. Patoile has been chosen as the Best of the Best 2009 Attorney in Douglas County, by the readers of the Douglas County News-Press and the Castle Rock News Press. He is licensed to practice before all of the courts in Colorado. Mr. Patoile has achieved the highest possible ranking in the Martindale-Hubbell attorney rating system: AV-Preeminent Lawyer, the only rating system where attorneys are rated by judges and their peers. The firm is also AV-Preeminent rated and has the latest technology to assist our clients in efficiently and effectively resolving their cases, while keeping their fees fair. Mr. Patoile has also received a Martindale-Hubbell Client Distinction Award for his Client Review Rating Score of 5.0, the highest score possible. Mr. Patoile has the highest Avvo rating of 10.0 - Top Attorney. 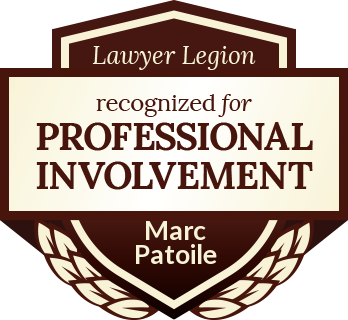