Tina Eshghieh is the head of the workers’ compensation litigation department at Arash Law. Ms. Eshghieh specializes in litigating complex and catastrophic injury cases on behalf of injured workers throughout California.

She has extensive experience in cases involving traumatic brain injuries and spinal cord injuries and has recovered well over $50 million on behalf of catastrophically injured workers. Ms. Eshghieh prides herself on being a fierce advocate for her clients and helping them recover after tragedy.

Prior to entering the field of catastrophic workers’ compensation, Ms. Eshghieh was an attorney at a prominent class action litigation firm in Los Angeles where she litigated complex wage and hour and consumer class actions in state and federal courts. She now applies her experience to negotiate high stakes settlements for her catastrophically injured clients at Arash Law. 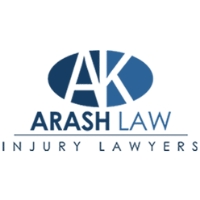