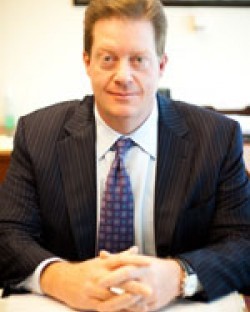 Personal Injury Lawyer
Walnut Creek, CA
About Résumé Reviews Contact
Not Yet Reviewed Review this lawyer
Is this you? Showcase your career achievements and connect with ideal clients.
Premium Placement
Enhanced Features
Upgrade to Enhanced Profile

Thomas M. O’Connor is a founding partner of the firm and currently focuses his practice on Criminal Defense and Personal Injury. As a partner in O’Connor, Runckel & O'Malley LLP, Mr. O’Connor regularly defends clients in all misdemeanor and felony matters. Mr. O’Connor is a 5th generation San Francisco native and comes from a long line of distinguished attorneys. His grandfather and namesake, Thomas Martin O'Connor, held the office of City Attorney of San Francisco from 1961 until he retired in 1977. His great-grandfather, also Thomas Martin O'Connor, was a famous criminal lawyer in San Francisco, and his cousin, Thomas Lynch, held the office of District Attorney of San Francisco and was a three-term California State Attorney General. Mr. O’Connor graduated from St. Ignatius High School in 1986. He attended St. Mary's College on a football scholarship and graduated in 1990 with degree in Political Science and a minor in Business Administration. In 1994, Mr. O’Connor graduated in the top of his class from the University of the Pacific, McGeorge School of Law.From 1994 to 2006, Mr. O’Connor held a position as a Deputy District Attorney in the Contra Costa County District Attorney's Office. As a Deputy District Attorney, Mr. O’Connor prosecuted thousands of cases and has tried over 100 jury trials ranging from DUIs to complex and lengthy special circumstance homicides. As a prosecutor for 12 years, Mr. O’Connor was assigned to several specialized units including Homicide, Domestic Violence, Serious Juvenile Offenders, Felony Filing, and Felony Crimes.Mr. O’Connor also has extensive experience negotiating cases with other lawyers and judges. He has personally negotiated the disposition of thousands of cases. In addition, Mr. O’Connor has reviewed thousands of cases for the potential filing of criminal charges and understands firsthand the strength and weaknesses of a case. These skills serve him and his clients as an invaluable asset in the investigation, litigation, and negotiation of all civil and criminal cases.During his career, Mr. O’Connor has handled numerous high-profile murder cases and has extensive experience dealing with complex legal matters such as DNA (Deoxyribonucleic Acid); Ballistics; Thermal Imaging; Wiretaps; GPS (Global Positioning System) Tracking; and Psychological and Mental Defenses. In addition, Mr. O’Connor is extremely adept in dealing with public relations and the media involved in high-profile cases.Following 12 years as prosecutor, Mr. O’Connor served as chief legal officer for a private corporation. During his tenure as chief legal officer, Mr. O’Connor handled a variety of legal practices, including regulatory, securities, litigation, new product and service development, commercial transactions, and general business litigation. Mr. O’Connor has practiced his entire career in the Bay Area. He continues to live in the bay area with his wife and children and is actively involved in the community. 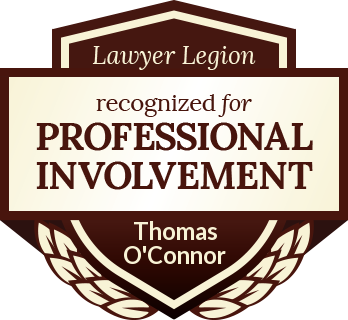