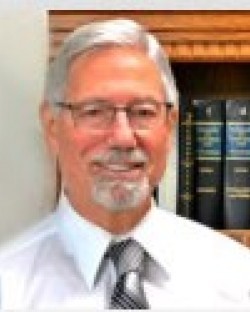 Family Law and Divorce Lawyer
Newport Law
Newport Beach, CA
About Résumé Reviews Contact
Not Yet Reviewed Review this lawyer
Is this you? Showcase your career achievements and connect with ideal clients.
Premium Placement
Enhanced Features
Upgrade to Enhanced Profile

Robert Glasser is a graduate, with honors, of the UCLA School of Law, a Law Clerk to the United States District Court for the District of Alaska, and in the United States Ninth Circuit Court of Appeals. scsousaRobert is admitted to practice in and has filed briefs in the Supreme Court of the United States. In the California Supreme Court, he won a unanimous decision. California can decide if divorce court orders dividing retirement and pensions are enforceable, and then enforce them. Divorcing spouses do not have to go to a Federal Court. (In re Marriage of Oddino, 16 Cal.App.4th 67) In cases of child abduction, even to a foreign country, Robert has acted immediately to apply for and obtain California Orders for the return of children. Then, within days of being retained, Robert invoked enforcement by the United States Department of State, Department of Children Services, engaged the Hague Convention protocols, and achieved the ultimate goal – the children’s return. Why hire Robert Glasser, the Newport Divorce Attorney? You put the power of over 40 years of family law litigation, divorce problem solving, and caring for clients in your corner. Be ready to achieve results, not regrets. Call (949) 752-2727.