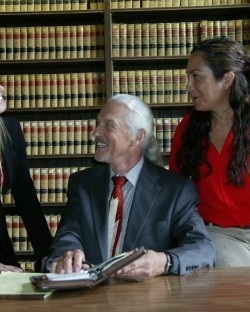 Mr. Landheer has over 25 years of criminal defense litigation experience and is a Certified Specialist in Criminal Law by the California Board of Legal Specialization. Mr. Landheer practices in both state and federal courts.

Mr. Landheer formerly worked for the Santa Barbara County Public Defender's Office from 1985 to 1991. He was also Chairperson of the Legal Defense Center. Mr. Landheer was also recognized as "Professor of the Year" by The Southern California Institute of Law in 1999.

Additionally, Mr. Landheer, who has worked on several high profile cases, has been in the news and featured by national media, such as MSNBC, USA Today, and CBS, and local media.

Mr. Landheer obtained his Bachelor of Arts degree from Oberlin College in 1970. Afterwards, he attended New College School of Law of California in 1979, where he received his Juris Doctor degree.

Mr. Landheer is a member of the State Bar of California, Criminal Defense Bar of Santa Barbara, California Attorneys for Criminal Justice, and Committee for Social Justice. 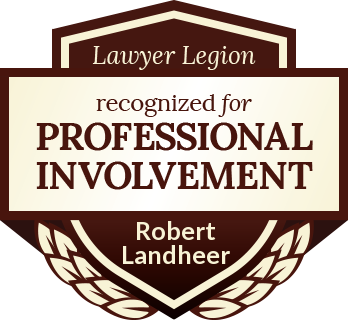