Tax Lawyer
Los Angeles, CA
About Résumé Reviews Contact
Not Yet Reviewed Review this lawyer
Is this you? Showcase your career achievements and connect with ideal clients.
Premium Placement
Enhanced Features
Upgrade to Enhanced Profile

Richard Allen Block graduated cum laude from the University of Pennsylvania.  At Harvard Law School he was chosen by a professor to assist him in updating his casebook.  After graduation, Richard served as the law cleck to a Justice on the Pennsylvania Supreme Court.  Thereafter, he matriculated to serve as an attorney to the Chief Counsel to the Internal Revenue Service at the National Office in Washington, D.C.  Mr. Block then chose to continue his practice in California, although also licensed in Pennsylvania.  Mr. Block took and passed the California State Bar examination and was certified  as a specialist in taxation law, which certification he maintained for forty-five years.  Over the years, Mr. Block has represented celebrities, entities of all structures and individuals.  His tax practice centers on both controversy and planning and he represents clients before all of the California taxing agencies as well as the Internal Revenue Service.  Mr. Block is licensed to practice before the United States Supreme Court, the District Court for the Central District in California and the U.S. Tax Court as well as all of the courts of the State of California.  Mr. Block also assists clients with estate planning at all levels of complexity.  Mr. Block has taught taxation law as an adjunct professor at two universities and has served as an expert in taxation law both as a witness and as an expert tax law adviser. 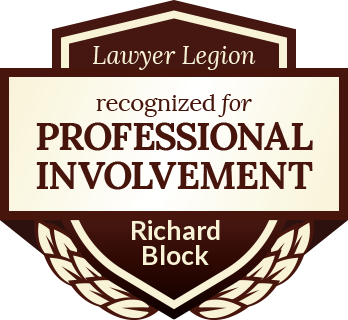