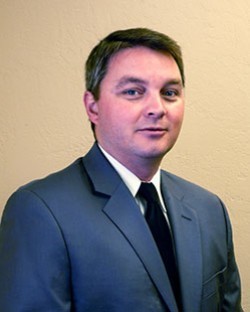 As the son of a certified bankruptcy specialist and former chapter 7 trustee, I learned the basics of bankruptcy at a young age and decided to make it my focus. During law school I completed a judicial externship under the Hon. Robin L. Riblet at the U.S. Bankruptcy Court in Santa Barbara. I am a member of the American Bankruptcy Institute and the National Association of Consumer Bankruptcy Attorneys.

I earned my JD at the Santa Barbara College of Law where I graduated with honors. During law school, I earned several scholarships, awards and other honors for my achievements in individual subjects and for my overall performance. I earned my BA from the University of California, Santa Barbara, majoring in both Law & Society (exploring the impact of the legal system on society) and Philosophy.

I volunteer my time at the Consumer Bankruptcy Clinic at the Bankruptcy Court in Santa Barbara.In 2014, I was awarded the William J. Lasarow Award, honoring Outstanding Pro Bono Service.