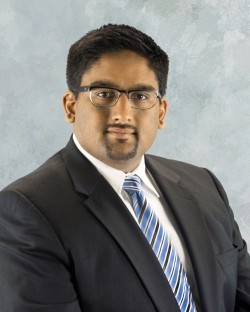 Mr. Shah was born in Los Angeles and raised just south of Downtown in Norwalk, CA. Mr. Shah attended and graduated from the University of California, Riverside, with a bachelors degree in English.

While at Thomas Jefferson, he was active with the school’s Mock Trial team, attending and competing in Mock Trial competitions across the nation.

Mr. Shah earned a reputation as having a nose for the courtroom which culminated in winning the Best Cross Examination award at the Buffalo Niagara Invitational Mock Trial Competition in Buffalo, NY where he bested competition from top schools across the nation.

Mr. Shah interned at the San Diego County District Attorney’s Office, where he was involved with all aspects of juvenile criminal matters.

As an intern Mr. Shah argued over 30 motions and was victorious in his first trial.

During his last year in law school Mr. Shah interned at DELT Law a litigation firm in San Diego where he honed his skills for civil litigation and was able to parlay his success in school, mock trial, and internships with a job offer from the Sacramento County District Attorney’s office.

As a DDA, he first chaired six jury trials, all of them to verdict. He successfully negotiated hundreds of cases with a myriad of facts and learned the ins and outs of the criminal justice system.

With these skills in hand, Mr. Shah decided to return back home to provide legal services to the community where he grew up.

Mr. Shah has two offices in Southern California, one in downtown L.A. and one near his childhood home in Artesia. Mr. Shah pledges to listen, learn, and care about your case like no other attorney and that’s why he believes that consultations with an attorney should always be free.

SHAH LAW PC was formed with one goal in mind – Fight against Injustice. As a former prosecutor I know what it means to put up a good fight.

I know what juries look for and I know how to settle cases before they even get that far. I fight against injustice.

If you have been seriously injured because of someone else’s actions you need quality representation. SHAH LAW PC provides the type of representation you need.

RECENT SUCCESSES:Settling a slip and fall case for $400,000 and another premise liability case for $70,000. He has gotten criminal charges completely dismissed for his clients including a domestic violence charge in Riverside County, a DUI in Orange County, a DUI in LA county, a Domestic Violence case in Downey Court. He provides excellent communication to all his clients and top notch representation.