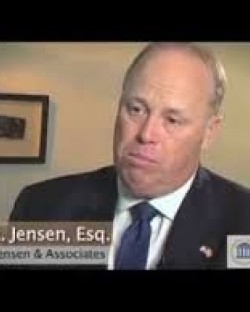 Paul R. Jensen has been representing accident victims for close to 25 years. With an educational background that includes Duke University Law School and the University of California, Berkeley (where he did his undergraduate work) Jensen is an accomplished and successful advocate, having tried dozens of jury cases on behalf of injury victims, while obtaining settlements without trial in hundreds and hundreds of other cases. He also has served in government, most notably as Senior Counsel of the United States Senate Committee on Environment and Public Works. Jensen has also worked in senior positions for United States Senators Jeremiah Denton and Bob Smith. In 1990, Jensen worked in the chambers of the Chief Judge of the United States Court of Appeals for the Armed Forces as a judicial research assistant to Chief Judge Robinson O. Everett.

Jensen believes that our judicial system is best served when accident victims are represented by talented advocates whose compensation is directly and exclusively tied to the recovery obtained by the victim. This incentivizes the lawyer to pull out every stop to insure the client has the maximum recovery possible in the shortest amount of time, and Jensen & Associates is second to none in supporting this concept. Jensen & Associates ONLY represents victims on such a merit-based system, called a contingency fee, and NEVER charges fees to victims except as a percentage of the actual recovery paid to the client. We advance all costs until recovery. 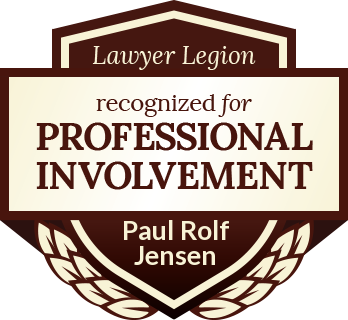