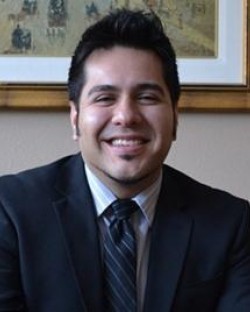 Immigration Law and Business Lawyer
The Khan Law Firm, Inc.
Murrieta, CA
About Résumé Reviews Contact
Not Yet Reviewed Review this lawyer
Is this you? Showcase your career achievements and connect with ideal clients.
Premium Placement
Enhanced Features
Upgrade to Enhanced Profile

Attorney Nasir "Nas" Khan is the founder and Lead Attorney for the Khan Law Firm, Inc. Half Hispanic and half Middle Eastern, Attorney Khan was raised all over the United States as the son of a United States Air Force officer, an upbringing which has played an influential role in his decision to practice business, international, and immigration law.

Education: After receiving a bachelor's degrees in Political Science and Classical Civilizations from UC Berkeley, Attorney Khan went on to earn a law degree from American University's Washington College of Law, where his legal studies focused on International Law, Human Rights, and Immigration.

Personal Interests: In addition to owning a thriving law practice, Attorney Khan loves to travel and has visited Spain, France, Italy, Mexico, Japan, England, Scotland, the Netherlands, and Dubai. He also enjoys playing rugby, and is also the author of an upcoming cookbook on traditional Afghan cuisine.

Attorney Khan is licensed to practice law in the State of California.