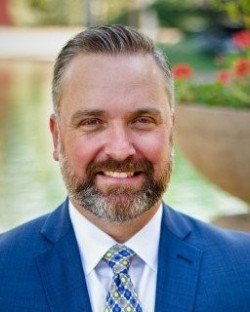 Criminal Defense and Family Lawyer
Wilkinson & Finkbeiner LLP
Temecula, CA
About Résumé Reviews Contact
Not Yet Reviewed Review this lawyer
Is this you? Showcase your career achievements and connect with ideal clients.
Premium Placement
Enhanced Features
Upgrade to Enhanced Profile

Joseph Camarata attended University of the Pacific McGeorge School of Law in Sacramento, California. At McGeorge he excelled in trial advocacy and all aspects of criminal law and procedure. Joseph competed in and won several trial competitions throughout the United States. He was also named an honorary member of the National Order of the Barristers which recognizes the top ten advocates in his graduating class.

Joseph is an extremely talented and approachable family law attorney in Temecula. His experience in divorce, child custody, property division, spousal support and other facets of family law is significant. He is well-respected among the family law bar in Riverside County, and has the experience to handle simple or extremely complicated cases. Joseph is experienced in move-away cases, high-asset division, and difficult child support and custody matters.

After graduating from McGeorge, Joseph began his career at the Solano County District Attorney’s Office. After becoming familiar with the standards and practices of the California Courts, Joseph started his own law practice. Throughout his career, Joseph has handled every aspect of family and criminal law. Many of his cases have garnered widespread media attention throughout the State of California.

Joseph is also admitted to practice in all Federal District Courts in the State of California where he has successfully argued Writs of Habeas Corpus resulting in the release of clients after spending over 25 years in prison. He continually strives to improve his legal knowledge and courtroom skills by attending continuing education seminars throughout the state.