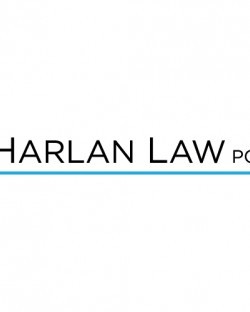 At Harlan Law, PC in San Diego, our practice is focused on serious personal injury and employment law throughout California. https://harlanpc.com

Jordon’s conviction to represent individuals and try cases against insurance companies arose from personal experience. Before he became a lawyer, his grandmother tripped over a gray, unmarked extension cord that loosely ran across a sidewalk in front of a major brand-name store. She broke her hip, became ill in the hospital and passed away as a result. The insurance company denied her claim and deprived her of the money she needed to take care of herself when she was most vulnerable.

Nobody apologized and nobody cared that their mistake cost someone else’s life.

In order to be the best advocate for his clients, he is continuously honing his trial skills. As an adjunct professor at the University of San Diego, he regularly instructs students on trial tactics, evidence, and case theory. Previously, he has acted as faculty for the National Institute of Trial Advocacy (NITA) Deposition Skills seminar.

Jordon is a graduate of the University of San Diego School of Law. While enrolled, he was invited to compete nationally on both his law school’s trial team and appellate moot court team. During the same period, he also interned for the San Diego District Attorney’s Office and the Honorable John A. Houston of the Southern District of California.

Jordon has offices in San Diego, California and Durango, Colorado. He enjoys motorcycling (in Durango), running and trying out the local breweries in North Park and Durango when he has time.