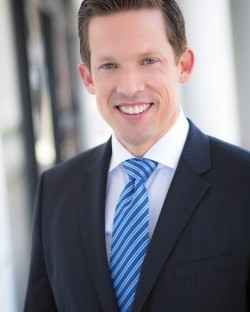 Mr. Dennis was admitted to the State of California Bar in 2007. Mr. Dennis also has been admitted to practice law before the United States District Court for the Central District California.Mr. Dennis’ practice emphasizes both prosecuting and defending a wide range of federal and state civil litigation matters, including catastrophic injury claims, product liability cases, complex internet and business litigation, employment/labor law and class actions.

Mr. Dennis has served on the Beverly Hills Bar Association Barristers Board of Governors since 2008.

In 2011, he was elected to the executive committee as the Barrister's treasurer, and is currently the Chairman of the Personal Injury Section.

Mr. Dennis is also a member of the Los Angeles County Bar Association.

Before taking up the law, Mr. Dennis was a founding partner in a Chicago-based advertising firm, which focused its business on digital media, assisting clients breaking through traditional brick and mortar models, expanding their online presence and increasing bottom line revenues through new and creative digital-based business models.