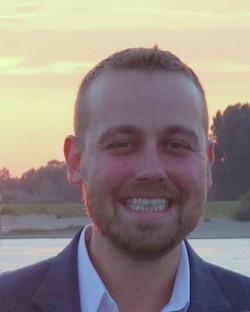 J. Mike Ivancie, Esq. is the founder of the Ivancie Law Firm. He is a licensed California attorney. His practice is based out of San Diego, California.

Mike takes his oath to his clients very seriously. He is a results oriented-attorney who deeply cares about the outcomes he gets for his clients. He knows how significant and intimidating legal cases can be for his clients, and he always takes the time to explain issues in an easy to understand way. He appreciates your business and will be vigilant and available at all times.

Thereafter, Mike attended University of Arizona Law School. During law school, Mike interned with a Tucson State Judge and prosecuted cases for the Tucson City Prosecutor’s Office. After graduating in the top third of his class, he was selected to be a staff attorney with the largest law enforcement agency in the country, U.S. Customs and Border Protection.

While working at U.S. Customs and Border Protection, an agency within the Department of Homeland Security, Mike was exposed to various state and federal law enforcement agencies and their practices. Mike handled a diverse caseload including trade, immigration, asset forfeiture, Fourth Amendment issues, ethics, and federal employment issues before the M.S.P.B., E.E.O.C., and arbitrators. These unique experiences inside the system allow Mike to provide a competitive edge to his clients when they find themselves facing the very scary proposition of losing their job, criminal prosecution, asset forfeiture, or anything else these powerful institutions can bring to bear.

Choose wisely, pick Mike to be your advocate.