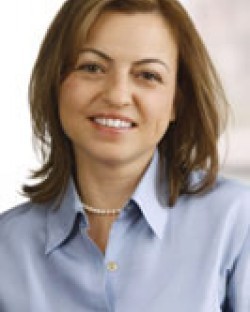 Ms. Keles has practiced law with prominent New York City immigration firms. Among the Fortune 500 companies she has represented are Lehman Brothers and Smith Barney. She has practiced immigration law for the Law Offices of Carl Shusterman for over 15 years. If you need immigration help, schedule a legal consultation with Ms. Keles via telephone, Skype or in-person.

Ms. Keles specializes in deportation defense and federal litigation. She has sucessfully represented hundreds of immigrants in Immigration Court, before theBoard of Immigration Appeals and in Federal Court. She has traveled across the United States defending persons who the government sought to deport. She has also successfully represented clients not only in deportation proceedings, but in derivative citizenship, naturalization, family and employment-based immigration matters.

Ms. Keles is admitted to practice before the U.S. Court of Appeals in the Second, Seventh and Ninth Circuits. She wrote the appeal briefs in our landmark victory in the 9th Circuit Court of Appeals, Schneider v. Chertoff, 450 F.3d 944 (9 Cir. 2006). This case successfully challenged the government’s restrictive regulations regarding National Interest Waivers for foreign-born International Medical Graduates.

She is a member of the American Immigration Lawyers Association and is fluent in Turkish.