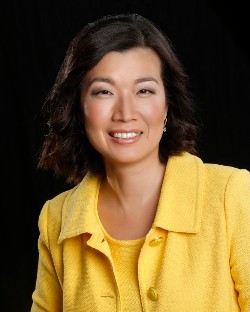 Estate and Probate Lawyer
Not Yet Reviewed Review this lawyer
Law Offices of Ernest J. Kim
Tustin, CA
Back to profile

Settlement Won
Probate Litigation - Spousal Rights
Wife of 20+ yrs was about lose all of her deceased husband’s property to her stepchildren in probate court. Wife received incorrect legal advice who did not specialize in probate law. Wife was about to walk away with nothing. We searched for and obtained key financial documents which were favorable to the Wife, established her rights, and obtained a settlement of a substantial share of the estate for her without trial.
Win
Probate Litigation - Heirship Dispute
Heirs of a deceased brother were shocked to receive a claim of heirship from the decedent's "child" that no one had ever heard of. The "child" presented documents from a foreign government overseas, that claimed to show her family relationship to the deceased. The siblings of the deceased were about to lose their brother's life's savings to a complete stranger, but with their brother dead and unable to answer questions, they had no way of being sure she was really their niece. We searched for and obtained the decedent's true family history from US government immigration records and established at trial that the "child" was not an heir, and that the documents she had submitted to the court from the foreign country were not authentic. The "child's" false claim of heirship was rejected by the court.
Settlement Won
Probate Litigation - Will Forgery
Elderly wife of deceased husband was told that she had signed away all her rights to inherit any property and she was evicted from the home she and her husband had lived in for many years. Without a home and unable to pay rent for a new home, she said she had no recollection of signing any such documents, but no one believed her and she could not afford the legal fees of a court trial. We obtained an expert review of the questioned documents by a forensic document examiner with a background in law enforcement. The expert concluded that the wife's "signatures" on key documents were forgeries. Using the information to establish her rights, we obtained a very favorable settlement for her, without trial.