J. Blake Hendrix was born in Memphis and raised in Little Rock, where he graduated from Catholic High School for Boys.

He then served as an Assistant Arkansas Attorney General and, for the past twenty-two years, has devoted his practice to criminal defense, specializing in complex criminal litigation, including white-collar and death penalty defense.

In 2012, he was awarded the Abolitionist of the Year in Beverly Hills, CA, by Death Penalty Focus and was appointed by the Arkansas Speaker of the House to the Arkansas Judicial Discipline and Disability Commission.

He has been named to the Best Lawyers in America in criminal defense each year since 2006. 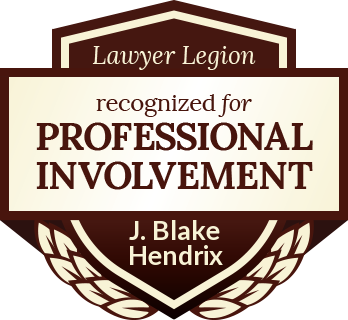