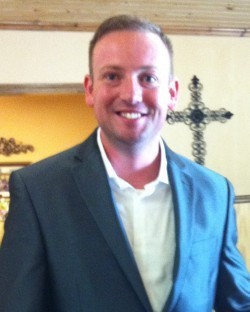 Family Law and Criminal Defense Lawyer
Garrett and Penhallegon, Attorneys at Law, PLLC
Bentonville, AR
About Résumé Reviews Contact
Not Yet Reviewed Review this lawyer
Is this you? Showcase your career achievements and connect with ideal clients.
Premium Placement
Enhanced Features
Upgrade to Enhanced Profile

Earl Garrett is originally from Joplin, Missouri. He earned his Bachelor of Arts in Political Science/Philosophy from Missouri Southern State University in 2005. In 2009, Earl earned his Juris Doctor from the University of Arkansas.

Earl began his career as an attorney for the Arkansas Department of Human Services in 2010. Earl currently resides in Bentonville, Arkansas where he opened his private practice in June of 2013. In February of 2016, Earl opened Garrett and Penhallegon, Attorneys at Law, PLLC with his long-time friend Tim Penhallegon.