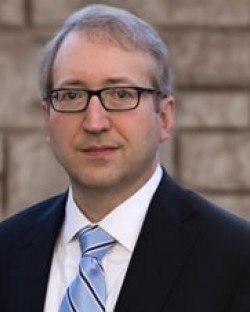 Jeff Blackwell focuses his law practice on cases involving severe personal injuries, substantial damages and wrongful death. He works exclusively for the victims of personal injury and their families.

Jeff is a proven trial lawyer. He fights hard for his clients. He began his career in 1995 at a prominent Birmingham law firm where he handled serious injury cases throughout the State of Alabama. Within the first three years of practice, Jeff orally argued a case before the 11th Circuit Court of Appeals, successfully defended a large healthcare corporation from serious fraud allegations with a team at trial and obtained a large recovery for consumers in a statewide class action.

In 1998, Jeff made the move home to North Alabama. He wanted to focus exclusively on representing Plaintiffs in cases of significant injury or damage. At the Huntsville firm where he practiced as a partner for the next 17 years, Jeff successfully tried cases to verdict in multiple Alabama counties. He also successfully represented clients before the Alabama Supreme Court and Alabama Court of Civil Appeals on many occasions. He has helped injury victims in both Alabama and Federal Courts.

When a longtime law partner retired in 2015, Jeff opened his own law firm. His law practice is built around a process involving legal scholarship, case preparation and strong client advocacy. This process is the foundation of the Blackwell Law Firm.

Jeff was born in Decatur. He graduated high school in Athens. He lives with his wife Sharon and three children in Huntsville. Jeff and his family are members of Central Presbyterian Church where he has served as a Deacon. With his children, he has volunteered to coach basketball, help the Huntsville High Marching Band, and sponsor the fall festival at the Academy for Arts and Academics.