Admiralty and Maritime Lawyer
Law Office of James F. Whitehead
Seattle, WA
About Résumé Reviews Contact
Not Yet Reviewed Review this lawyer
Is this you? Showcase your career achievements and connect with ideal clients.
Premium Placement
Enhanced Features
Upgrade to Enhanced Profile

Jim Whitehead is an experienced litigator and trial lawyer in Seattle, WA. He has experience in state and federal courts in Washington and Alaska, and state court in Idaho.

He has written numerous articles for a variety of legal and trade journals and has lectured extensively at local and regional legal seminars, including seminars sponsored by the Pacific Northwest Admiralty Law Institute, which he chaired in 1996, the University of Washington School of Law, The Continuing Legal Education Society of British Columbia, and various insurance industry groups.

He is also the Associate Editor for Seattle of American Maritime Cases, which has published court decisions of interest to the maritime bar for more than ninety years, and a member of the National Advisory Board of the Maritime Arbitration Association of the United States and a contract arbitrator for NOAA’s Crab Rationalization Program for the Bering Sea Aleutian Island crab fisheries. 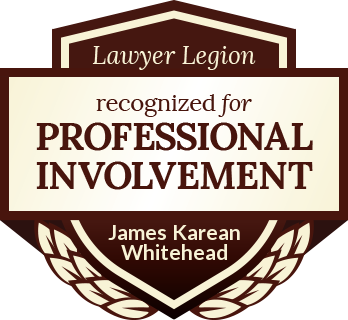