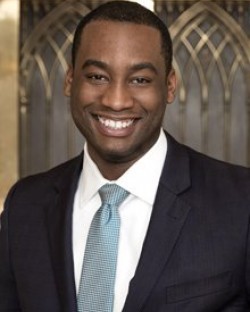 Abasi Daudi Major began his criminal defense career learning under the tutelage of Cynthia E. Orr and Gerald H. Goldstein. As a clerk, he worked on some complex criminal matters including, murder, securities and commodities fraud, sexual assault, state and federal writs of habeas corpus, asset forfeiture and state criminal appellate matters. Upon completing his clerkship at Goldstein, Goldstein, Hilley & Orr, he was offered an associate’s position.

Abasi was also a member of the St. Mary’s University Mock trial team, competing in competitions all across the nation. His law school career culminated with being selected as one of ten students from St. Mary’s University School of Law, inducted into the prestigious Order of the Barristers. In law school, Abasi was a student defense attorney, in the St. Mary’s Criminal Justice clinic where, he represented poor and disenfranchised persons in various criminal courts pro bono.