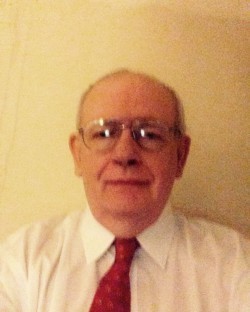 Remove his license ..! That is not too harsh for this man John JMarshall Jr who tried to represent me from November 2018 through February 2019. The case was an illegal arrest violating the shopkeepers laws which this attorney John Marshall did not want to hear about. I asked him if he knows the shopkeepers laws he did not know them. He seemed to want me to go to jail and be deemed crazy. He even gave me a form that said that I agree to waive my whites to be in the hearing. Fact I did not sign that paper and I made it clear to the judge that I did not sign it. Is that a defense attorney that you want on your side?? Shopkeeper is not permitted to grab you around the neck understand? A shopkeeper is not permitted to lock you into any store. That’s it OK this is not about a murder —we’re talking about an even exchange basically. Nassau County police are not worth their pay. . As a defense attorney John Marshall Junior who has what he calls a fortune office and is from Rockville center committed ethics violations non-communication, failure to show me evidence discovery, refusal to meet with me based on his own personal biased feelings. There’s nothing that I did you see these people who are power-hungry regardless of their status, choose vulnerable victims . He’s with the former ADA and at his age I found out that he according to my recollection and evidence of voice recognition, had been eavesdropping on my phone I recognize his voice he’s not the only one who does this. The DA offices don’t follow laws. the public should know this. This man received a motion for me to be let go of his services in February 2019. On that same day Out of the reasons I stated and his demented ego, John Marshall asked to put me in jail with no additional charge. I recall the judge saying something about costing him a fee but the point is this is bad lawyer. The community must be aware to stay away from these type of people. I happen to be in a quart one day and saw a woman come out from the jail in chains crying about how the attorney never came to see her to talk about the case, and that the representation was no there’s no representation there and it turned out to be John Marshall. I even witnessed him turn his head and smile and laugh and she said she was losing her house. This is a fear mongerer male we should be putting him in jail for failure to defend, as promised by the attorney vows. unethical acts against not only one person or two people but most likely multiple people I remember this man years ago and I want to the public to know just stay away from him