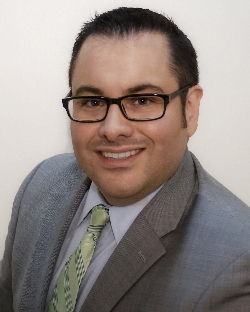 Amir is always there to answer any question you have issues with. The moment you need help He is always available to respond.

I was referred to Mr Sadaghiani to assist me with a legal matter this past summer. He was very professional and courteous. He addressed all my concerns in a timely matter. In the end, I was able to obtain the result I had hoped for. I would recommend Mr Sadaghiani to anyone needing legal assistance.

A person had posted false information about my wife on their Facebook page. Information that caused harassing remarks, the creation of a petition, and threats. We consulted With Amir about a cease and desist letter to try to remove the post. Amir could have just written the letter and been done with it, but he spent time explaining the process and how the letter could exacerbate the situation. Instead he suggested a much simpler process which proved to be much more effective. The post and all comments associated with it were removed in less than 24 hours. Thank Amir for your consul.

Amir Sadaghiani was a true light during what could have been the darkest time in my life. I was being charged with a C violent felony that involved a loaded gun. Amir was able to make a deal with the District Attorney that resulted in the charge being reduced to disorderly conduct, my bail money back, and a chance to live my life a free man. You honestly can not put a price on the level of professionalism that comes when Amir represents you. He answers any questions you have day or night and is always upfront and honest. For these reasons, Amir will be the first lawyer I call if I am ever in need of his services.

Amir was super transparent with the entire process and lead up through everything with ease! He is extremely knowledgeable in what he does and it shows. Very personable and easy to talk to/communicate with! Would definitely use him again if I needed too.