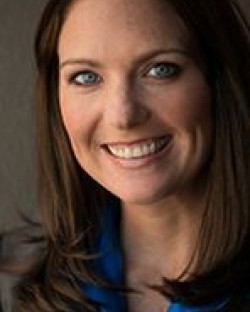 She is the lead trial counsel for the law firm’s most significant employment law cases.

In 2014, Laura was named to the list of "Top 50 Female Attorneys in Pennsylvania" by Philadelphia Magazine and named a "Top Attorney" by South Jersey Magazine.

In 2013, Laura won the largest employment law verdict in Pennsylvania, as reported in The Legal Intelligencer- a $1.678 million jury verdict (plus attorney’s fees and costs) on behalf of a whistleblower who was fired after complaining of illegal activity in the workplace.

In 2011, while nine months pregnant, Laura won a six-figure jury verdict on behalf of a worker in a defamation and intentional interference with contractual relations case. Ten days later, she gave birth to her second baby boy. In 2013 and 2014, Laura was named a Pennsylvania "Super Lawyer" by Philadelphia Magazine. In 2011, she was named to the "Lawyers on the Fast Track" list by The Legal Intelligencer – a distinction given to only 27 lawyers under the age of 40 in Pennsylvania. From 2006 through 2012 Laura was named to the "Pennsylvania Rising Star"list by Philadelphia Magazine and the Philadelphia Super Lawyers Magazine -no more than 2.5% of the lawyers in the state are named to the list. In 2009, Laura founded Philly-MAMA (Mother-Attorneys Mentoring Association of Philadelphia), a group dedicated to empowering attorney-mothers and encouraging them to succeed while celebrating their roles as both attorneys and mothers, which now has over 150 members. Laura’s clients include current and former employees, and applicants for employment, who have been victimized by discrimination based on sex, race, religion, national origin, color, disability, age, sexual orientation and pregnancy.

She has been a presenter on issues of employment law at Pennsylvania Bar Institute (PBI) seminars, National Employment Lawyers Association (NELA) conventions, and area law schools. Laura graduated from the University of Scranton in 1999 and the Beasley School of Law at Temple University in 2002. As a member of Temple Law's National Trial Team, Laura won several trial advocacy awards, including a National Championship in the American Association for Justice's Trial Advocacy Competition.

While in law school, she also clerked for the preeminent trial lawyer, James E. Beasley, Sr. Laura is admitted to practice law in Pennsylvania and New Jersey.

The Beasley School of Law at Temple University, Juris Doctorate The University of Scranton, Bachelor of Science

Philadelphia Magazine
2012
Named to the list of “Lawyers on the Fast Track” in 2011 – a distinction given to only 27 lawyers under the age of 40 in Pennsylvania.
The Legal Intelligencer
2011
Show More

"Visualizing Your Evidence" (the use of demonstrative exhibits, technology and other techniques to help convey your client's story)
NELA (National Employment Lawyers of America) Speaker at the National Convention
2012
Speaker at monthly meeting on Parental Leave in law firms - the legal and practi
Women in the Profession (WIP) Committee - PA Bar Association Speaker