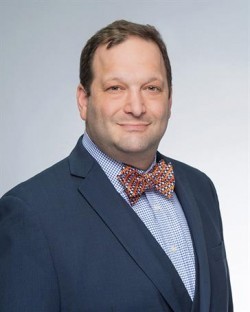 Asher Weinberg was raised on Long Island, New York. He has lived throughout the US, both for work and for school.

Prior to going to law school, Asher worked in the hospitality business for almost 12 years. From waiter to bartender to bar-owner, his primary focus was on taking care of his customers, and treating each one like an individual, with dignity and respect. Mr. Weinberg believes that this focus on communication with his clients is a virtue that most attorneys have forgotten about.

Mr. Weinberg left the service industry, and attended law school at Nova Southeastern, in Ft. Lauderdale, Florida. After graduating, he moved to Seattle, Washington. He immediately started volunteering full-time providing legal services to low income people, primarily those with landlord-tenant issues. After about a year, he moved to Yakima, Washington to work for the Office of Public Defense. Over the next five years, he represented thousands of people who were accused of crimes all types of crimes.

It was here, and while working for the Yakama Nation Indian Tribe, that Asher became passionate about the defense of drunk driving cases. He attended seminars, educational courses, and learned the about the technical and scientific issues involved in DUI cases, both alcohol and drug related. He began to teach other attorneys how to defend and try DUI cases as well.

When his wife, an officer in the US Navy, was transferred to DC, Asher Weinberg followed her to Maryland and opened his own firm. For five years, before joining The Law Office of Maria Mena, Asher intentionally limited the size of his firm, and the number of clients he would represent at any one time. He always felt that the only way to defend successfully a person was to get to know that person and the facts of the case. He prided himself on answering every phone call himself, and took the time to answer all his clients’ concerns and questions. He has represented clients in at least 8 different counties in Maryland. Like Attorney Maria Mena, Mr. Weinberg understands the needs of their clients, and is available to talk or meet after "normal" work hours.

Mr. Weinberg, now back on his own, still proudly with Ms. Mena on major felonies, and some smaller cases where two attorney’s add an advantage.

Mr. Weinberg believes that it is important that each of his clients is able to express their concerns to him, without feeling intimidated or scared.

Over the previous 10 years of practicing law, he has tried felony and misdemeanor cases; kidnappings, assault, and of course, drinking and driving cases. He still attends seminars to learn new trial skills and strategies. He keeps up with the newest developments in the law, and advises other attorney’s on their cases.

Call Mr. Weinberg today, and if he is available, you will reach him on his cell phone. If he is not available when you call, he will call you back, usually within the day.