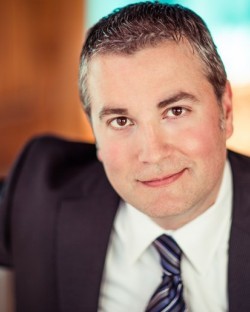 Jonathan D. Schmidt, specializes in family law, criminal defense, business law, and personal injury. Jonathan is admitted to practice in Iowa, Ohio, United States District Court, Northern District of Iowa and the United States District Court, Southern District of Ohio. He is a member of the American Bar, Iowa State Bar, and the Linn County Bar Associations. Jonathan is a fellow of the American Bar and Iowa State Bar Foundations. Jonathan is an active member of the Dean Mason Ladd Inn of Court and the American Mensa. Jonathan is rated as Distinguished by Martindale-Hubbell, Inc. and rated “Superb” 9.8/10 by AVVO. Jonathan was also named one of America’s Most Honored Professionals in 2016. Jonathan earned his bachelor's of Arts from The Ohio State University and his Juris Doctor in 2007 from Capital University Law School. He is vested in the community theater world and an active volunteer and supporter of Theatre Cedar Rapids. Jonathan lives with his wife and two sons in Cedar Rapids, Iowa.