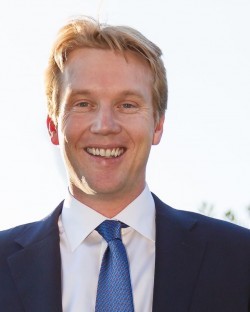 What To Do After a Bicycle Accident in California

Categories:
Lawyers Practicing Personal Injury
Update Required To play the media you will need to either update your browser to a recent version or update your Flash plugin.
0 0

Bicycle accidents are happening at alarming rates across the country. Since 2009, traffic accidents involving cyclists have been increasing across the nation. In California, bicycle fatalities have increased nearly 7 percent, from 145 in 2017 to 155 in 2018. Unfortunately, bicycle accidents can be caused by a wide-range of dangerous factors, including the risk of hazardous roadway conditions and reckless drivers.

When a person, company, or government agency causes an accident that results in a cyclist’s injuries, the party can be held accountable when the accident was caused as a result of their negligence. In California, injured cyclists have a legal right to seek monetary compensation from the at-fault party when the accident was caused by the at-fault party’s negligence.

If you were injured while riding your bicycle on a California highway or roadway, you may be eligible for compensation. However, to protect your right to compensation, you will need to take certain precautions.

What You Do After a Bicycle Accident Can Affect Your Case

Perhaps one of the most important steps to take after a bicycle accident is to obtain medical treatment. Although some cases may demand emergency medical care, others will not. It is important to seek medical attention even when there is no injury apparent.

When a cyclist is injured in a traffic accident, he or she is likely to sustain injuries to his or her head, neck, or back. In each of these injuries, the existence and extent of the trauma may not become apparent until days or weeks after the accident. By seeking medical treatment, an injured cyclist can ascertain that the proper medical treatment is being administered.

Seeking immediate medical treatment, however, also serves another purpose - an established medical record is a critical component of a successful bicycle accident case. Successful cases will always involve an existing injury and an injury that is being properly taken care of. As a result, follow-up medical consultations are just as important as the initial medical evaluation in a bicycle accident case.

Following a bike accident, keeping as much information about the accident and the events that led to the accident is important.

The following information should be collected from those at the scene:

Other important information that should be collected include a copy of the police report and taking pictures of the accident scene.

Damages Available in the Aftermath of a Bicycle Accident

When a bicycle accident is caused as a result of another’s negligence, the at-fault party can be held accountable for the damages caused. Depending on the details of the accident, including the extent of the injuries sustained, the following economic and non-economic damages may be recovered:

Hire the Support of a Reputable Bicycle Accident Attorney

When another party’s negligence or reckless actions have led to a bicycle accident, they must be held accountable for the victim’s losses. In California, if you have been injured as a consequence of another’s wrongdoing, you are entitled to file a personal injury lawsuit against the culpable party. Bike accident injuries are typically costly; a skilled personal injury attorney will ensure you recuperate the compensation you deserve.

At the Law Offices of Attorney Justin H. King, helping victims recover after a negligent accident is of utmost importance. With more than a decade in dedicated experience handling complex personal injury cases, Attorney King understands the importance a fair settlement award can have on a person’s life and his or her ability to make a recovery. For this reason, Attorney King vigorously advocates on behalf of injured victims by making an in-depth analysis of the case, securing necessary evidence, and speaking to insurance claims adjusters. If you or a loved one was injured in a bicycle accident, hire the professional legal services of Attorney Justin H. King and obtain your free initial consultationtoday.