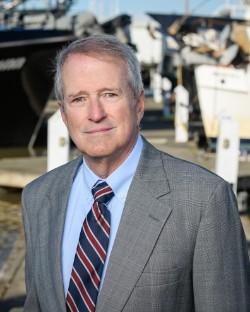 Washington State Governor Jay Inslee launched the Maritime Blue strategy early last January at the Port of Seattle. The first of its kind in the United States, the strategy aims to make Washington State the leader in the maritime industry by 2050.

The Port of Seattle was one of the first coastal areas to support the Governor’s plan. The port will invest nearly $3 million in workforce development in 2019 for apprenticeship training, retention and to support the growth of women and minorities in the industry. Maritime Blue commissioners also approved funding to bring shore power to the cruise berth and Terminal 5 at Pier 66.

“Maritime activity has long been a pillar of our state’s economy, and we are uniquely positioned to lead the country in maritime innovations,“ Inslee said while speaking at the Port of Seattle. “The initiative allows us to show the nation that we can adopt new management practices and clean technologies while creating living-wage jobs for Washington.”

Compared to maritime industries in other states, the Washington Maritime Blue strategy will be able to take advantage of world-class communication technology and the sustainable tech sectors to carry out the innovative projects in the plan. One of the first projects of the initiative is a Maritime Innovation Center at Pier 66. The center will aid in research, development and commercialization of technology.

The Maritime Blue strategy will do wonder’s for Washington’s blue economy, with an ugly side effect. The maritime industry is widely regarded as one of the most dangerous lines of work in the United States. With more people expected to work in the industry, there is likely to be an increase in maritime accidents.

This is just an example of one fairly common accident that can injure maritime workers. Any accident aboard a vessel has the potential to cause detrimental injuries. Contact Anderson Carey Williams & Neidzwski, PLLC if you or someone you love was injured in a maritime accident.

View Profile
David Bowen Anderson
David "Dave" Anderson has been surrounded by boats for as long as he can remember. While only a boy, he saved the money he earned by selling newspapers to buy his first skiff. Even before he earned his driver's license, Dave had manned boats up to 40 feet long. In the decades since, he has both owned and operated sea vessels of all types. He currently serves as a In the decades since, he has both ...read more
Original article can be found here: https://www.boatlaw.com/news/washington-governor-launches-maritime-blue-strategy/