Home> Find a Lawyer> Insights >These women defended themselves from their abuser. Then they ended up in prison. 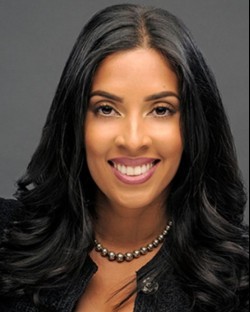 These women defended themselves from their abuser. Then they ended up in prison.

Marissa Alexander fired a warning shot in her Florida home in 2010 to scare off her estranged, abusive husband. By 2012, Alexander as convicted of aggravated assault and sentenced to 20 years in prison. A survivor of abuse, Alexander and advocates say she was unfairly imprisoned for defending herself against her abuser.

“I was criminalized for my response to abuse. I had no time to fall apart and be in my feelings, it was paramount that I survive and make it out of there … and get home to my kids,” Alexander told Vox. “I was able to come across so many other women and girls that I realized, this is not just an isolated issue. This is going on [everywhere]. I knew it was bigger than myself. There’s more Marissa Alexanders.”

Indeed, Alexander’s case is tragically not unique. Vox highlights other women who are victims of domestic abuse and ended up incarcerated as a result of defending themselves. Other women who have met similar fates as Alexander include:

Contrary to popular belief, women commit violent crimes, often after suffering from long-term mental and emotional abuse, or to defend themselves or their children. Domestic violence can leave women with post-traumatic stress disorder.

Women are so frequently involved in intimate-partner violence that experts in mental health recognize it as Battered Women’s Syndrome. Many states, including Florida, have courts that consider BWS as a mental state and take it into consideration during a trial as mitigating circumstances during a self-defense argument. Florida in particular has enacted tougher laws for abusers such as Florida Statue 741.290-1(3), which requires that a defendant who has been arrested for domestic violence remain in custody until the first appearance.

Women who have suffered abuse from their partner and are now facing a violent crime charge may be more open about their case if they are represented by a woman attorney. At Bacchus Law Firm, we focus on efforts that foster equality among all. We founded the Florida Women’s Law Center to be a resource for women who have found themselves in need of legal services and would like sure and effective representation form an organization dedicated to fighting for women’s interest.

View Profile
Nisha E. Bacchus
Nisha E. Bacchus is an attorney in Fort Lauderdale, FL. She is the founder of The Bacchus Law Firm. Her practice is focused on complex family law litigation issues, criminal defense matters, corporate litigation cases, and personal injury claims. Prior to attending law school, Ms. Bacchus graduated with Honors from the University of Central Florida with a Bachelor of Science in Criminal Justice an ...read more