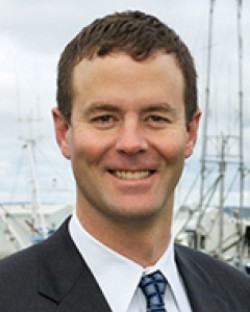 The Surprising Reasons Why People Keep Falling Off Cruise Ships

Cruise ships facilitate fun, relaxation and travel to exciting new places. Given the seemingly endless expanse of the ocean and seas, there is a reasonable expectation of safety that cruise lines provide for their customers. Research suggests however that cruise lines can do more to keep their guests safe.

From 2000 to 2008, 284 people fell off cruise ships and another 41 people fell off of large ferries, according to the news outlet Quartz. Combined, that’s an average of 1.5 guests per month falling off of sea-going passenger vessels. While the cruise industry is quick to blame alcohol or people’s  carelessness, Quartz reports one of the reasons why man overboard incidents are so common  may be due to the hollow language of the Cruise Vessel Safety and Security Act.

But upon closer inspection, this language is ineffective at keeping passengers safe. The Act only requires cruise ships to have either video monitoring systems orman overboard alerting technology, not both. Cruise ships that don’t have staff monitoring the vessel’s video surveillance 24/7 can miss the initial fall of a passenger into the ocean. It can be hours before anyone notices someone is missing and the cruise ship staff checks its surveillance footage.

Cruise lines argue “complete (man overboard) technology is not yet advanced enough to be used,” according to Quartz. Spokespersons for the cruise lines declined to speak about implementing the technology, according to the article. The Cruise Line International Association (CLIA) told the outlet that “few systems have shown practical application on a cruise ship sailing the high seas.” The CEO of Royal Caribbean reiterated CLIA’s belief that the technology is not yet at a viable stage to work.

In an environment where passengers are typically encouraged to heavily indulge in alcohol, it is easy to see how people can fall off a cruise ship. According to a researcher’s data quoted by Quartz, only 17% to 25% passengers who fall overboard are rescued.

In anticipation of personal injury claims that originate from riding on a cruise ship, cruise lines fill their cruise tickets with hurdles that complicate matter for injured passengers. Understandably, most passengers simply view the ticket as a piece of paper that grants them entrance to the cruise ship. But in reality, the ticket is a contract that may govern certain aspects of the relationship between passenger and cruise line in the event of an injury during the voyage.

Some of the more common limitations on passengers’ legal rights that come with these tickets may include:

By retaining an experienced maritime attorney, passengers can fight to retain their rights. Whether you suffer from falling on the deck or falling into the water, a knowledgeable attorney can fight to get the compensation you deserve.

Attorneys with Anderson Carey Williams & Neidzwski, PLLC, have successfully prosecuted injuries at sea for over thirty years. We know the ins and outs of litigating against cruise ship companies and have the experience necessary to competently, efficiently and successfully handle your cruise ship claim. We offer an initial consultation free of cost and without any obligation. Call 1 (800) 262-8529 today to speak with an experienced attorney at Anderson Carey Williams & Neidzwski, PLLC.

View Profile
Douglas R. Williams
Boats have always had a strong presence in Doug's life. His father, a retired member of the armed forces, sailed as the chief medical officer with many popular cruise lines. While other children spent the summers in camp, Doug spent a large portion of his childhood sailing with his father in the North Pacific and Caribbean oceans. His practical knowledge of ship life began decades before he ever s ...read more
Original article can be found here: https://www.pnwtriallawyers.com/2020/02/25/cruise-ships-falling-passengers-missing-death-boat-law/