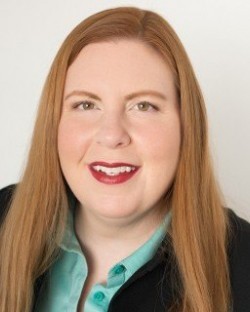 Houses, cars and bank accounts are a few assets that can be expected to be added to a prenuptial agreement when two people are getting married.

These days however, dogs, cats and other pets are frequently part of the prenuptial agreement talks. While most people think of dogs and other pets as members of the family, separating couples are finding courts think otherwise.

One lawyer told Good Morning America that New York law looks at pets as more than property but applies a standard of ‘what’s best for all’ when it comes to pets and which partner gets to take them home.

Due to the lack of across-the-board laws for who gets the dog (or cat, bird, etc.) after a divorce is resulting in more couples looking to add their pets to their prenuptial agreements. The prenuptial agreement goes beyond where Fido will call home after divorce, however.

By having an upfront arrangement about the fate of pets in the unfortunate event of a divorce, couples can dictate who pays for pet insurance, veterinary bills and other medical expenses after the marriage dissolves.

Prenuptial agreements that include pets can also incorporate a ‘shared’ custody schedule reports Good Morning America, an arrangement where couples give pets a schedule to visit each party’s household, similar to kids having designated times when they see each parent. Having a schedule where pets follow kids from home to home can help children stay close to their pets and be emotionally grounded, according to one woman who went through a divorce.

Whether the issue involves a pet, difference in income or retaining assets, having a prenuptial and postnuptial agreement can protect each party in the case of a divorce.

A prenuptial agreement is enforceable under Washington law when the contract is considered fair. To qualify as a fair prenuptial agreement, both spouses must disclose information about their finances, assets, debts and income prior to entering into the marriage. Provisions may also be needed for the less wealthy spouse in the event of a divorce. If the parties don’t follow the agreement during the marriage, then the courts might determine that the entire agreement is unenforceable.

View Profile
Shana Thompson
Shana E. Thompson has achieved success by listening carefully, understanding her clients’ long-term objectives, and helping resolve dissolutions as amicably and expeditiously as possible. For the past 18 years, Shana E. Thompson has been proudly serving individuals in family law cases throughout the cities of Seattle, Everett, and Kent. Her client base has been built through hard work and determ ...read more
Original article can be found here: https://www.shanathompsonlaw.com/blog/2020/01/pets-are-increasingly-being-added-to-prenuptial-agreements/