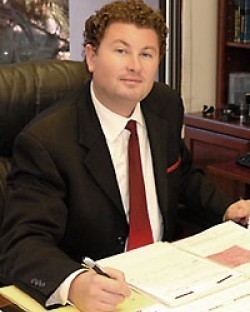 Categories: |
Lawyers Practicing Firearm and Weapon Charges in Los Angeles County, CA
Update Required To play the media you will need to either update your browser to a recent version or update your Flash plugin.
0 0

Los Angeles County Sheriff Alex Villanueva violated our Second Amendment rights when he declared gun and ammunition businesses as nonessential business. The sheriff’s actions were so erroneous that the federal government had to update its guidelines on who is considered an essential worker.  The sheriff’s violation starts on March 26 when he says in a release, “gun and ammunition stores are not considered essential businesses and must close to the general public.” Villanueva did say business owners were permitted to sell ammunition to security guard companies, and those who already lawfully purchased a gun.

Villanueva’s restrictions on guns and ammunition triggered a federal lawsuit from Second Amendment rights group including the National Rifle Associationa and Gun Owners of California. The lawsuit claims gun stores are part of a sector that is “considered so vital to the United States that their incapacitation or destruction would have a debilitating effect on security, economic security, public health or safety, or any combination thereof.”

On March 28, the U.S. Department of Homeland Security updated its guidelines for emergencies to include “Workers supporting the operation of firearm or ammunition product manufacturers, retailers, importers, distributors, and shooting ranges.” By March 30, the sheriff rescinded his view on gun shops not being essential business.

“Based on further input from the federal government, the Los Angeles County Sheriff’s Department will not order or recommend closure of businesses that sell or repair firearms or sell ammunition,” Villanueva said in a release.  “Regardless of whether a business sells groceries, gasoline, firearms, or any other product or service, we encourage them to abide by all health and safety measures in place.”

Despite seeing the error in his ways and complying with federal guidelines, the sheriff’s initial determination that gun stores are not essential businesses feels even more like a slap in the face when you consider Americans are purchasing firearms and ammunition at a record-breaking pace. As the uncertainty with COVID-19 grows, more people are preparing for protection now.

View Profile
Jason Scott Leiderman
Jay Leiderman co-authored the first ever book on the legal defense of medical marijuana crimes and has been called the "Hacktivist's Advocate" for his work defending those accused of computer crimes. He has been recognized and won awards for going above and beyond to represent clients accused of all sorts of crimes; from the smallest misdemeanor to the most serious felony case. Jay frequently take ...read more

Which Weapons Are Most Commonly Used for Homicides?