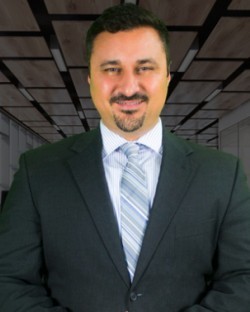 Sunday morning Deer Park police started getting calls for an explosion and fire at Intercontinental Terminals Company’s (ITC) chemical processing facility. Plumes of black smoke billowed from the facility, but police were not able to identify the location of the fire immediately. A chemical tank was the source of the flames but the extent of the dangers of the fire and from the chemicals released are not yet known. Now there are questions about ITC’s liability to residents around the city.

Police and other emergency services had trouble reaching anyone at ITC who knew what exactly was burning and whether it was a dangerous chemical. It took hours to get a response. By Monday, the fire continued to burn and spread to as many as six tanks containing, what turned out to be, the carcinogenic chemical benzene. Benzene is a chemical that is often found in nail polish remover, paint thinner, gasoline, pesticides and tobacco smoke.

Tuesday, the fire spread even further to nine tanks and black smoke from the fire blanketed Houston. It took until Wednesday morning to extinguish the fire which had been burning for four days only to have the fire reignite and be extinguished again hours later.

Although the fire had been stopped, unsafe benzene levels in the air at the ITC site prompted officials from Deer Park and Galena Park to issue shelter-in-place orders to residents.

There are many questions left to be answered but one of the biggest questions is whether ITC will be liable for damages to Deer Park residents. While town officials claim there is no longer danger to residents, the fire burned for four days spreading benzene in the air and water run-off from the firefighting efforts possibly contaminated the water supply in the area.

Residents that believe they have suffered injuries are asked by ITC to submit a claim form directly to the company. The form requires submitting your social security number and an itemization of your losses. The claim form only seems to account for property damage and loss wages and injuries to health do not seem to be covered.

Claims are processed and investigated through ITC and if approved the claimant will not receive a check unless they sign a release of claims against ITC. The claim form conspicuously states:

It is never advisable to accept a settlement without an attorney. ITC’s response to the fire clearly was too slow to stop it from spreading and fire protection engineers claim that ITC should have had a faster response system that could have potentially stopped the fire within minutes. Based on their response and depending on the circumstances that lead to the fire, ITC could be found to be negligent in a lawsuit. Accepting a check without representation of counsel would mean waiving all rights to a lawsuit if more facts come to light after the fact. This would include claims that arise from health issues that may not manifest until years after the fact.

If you have damages or injuries from the ITC fire or if the fire interfered with your quiet enjoyment of your property then you should talk to an attorney before you speak with anyone at ITC. The attorneys of Gonzalez Law Group are a full service law firm that is well experienced in  personal injury claims. Call us today at  (832) 530-4070 or go to our  ITC Fire Lawsuit page and fill out a short questionnaire to tell us about your case and find out how we can help.

View Profile
Marco Gonzalez
Marco followed his father's, Ricardo Gonzalez, footsteps by devoting a career to fight for the legal rights of others. His passion for helping others has led him to create and grow The Gonzalez Law Group, PLLC, to one of the fastest-growing law firms in Texas. He has a passion for building one of the best law firms in the country. He understands that growth can only be achieved with each satisfied ...read more
Original article can be found here: https://www.gonzalezlawgroup.net/news/itcs-liability-after-massive-fire-at-deer-park-facility/