Home> Find a Lawyer> Insights >Is a DUI a Felony in Georgia? 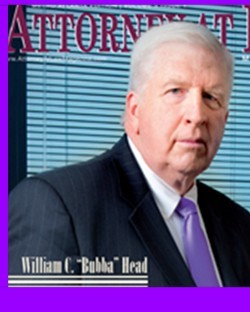 Categories: |
Lawyers Practicing DUI / DWI in Georgia
Update Required To play the media you will need to either update your browser to a recent version or update your Flash plugin.
0 0

In the state of Georgia, a Driving Under the Influence (DUI) charge can be classified as a misdemeanor or a felony, both of which, will stay on your record for life, if convicted. If the charge is considered a felony, it has substantially more critical consequences than a misdemeanor. Our criminal defense attorneys in Atlanta explain six circumstances that automatically classify a DUI in GA a felony and how retaining the right lawyer can minimize and even eliminate license suspension,  jail time and even a conviction.

People arrested for DUI (Driving Under the Influence) or DWI (Driving While Intoxicated) frantically search for information on misdemeanor DUI vs felony DUI. In the state of Georgia, most DUI charges are classified as misdemeanors unless the DUI charge consists of one of the six characteristics discussed below. Felony charges are more serious than misdemeanor charges, their penalties are also more severe. To ensure which type of Driving Under the Influence charges you are facing, contact a DUI criminal defense attorney immediately to set up a consultation. Based on the facts, knowledgeable and experienced lawyers will determine the type of criminal charges, either felony or misdemeanor.

New DUI laws went into effect July 1, 2017, these require implied consent violators to file an appeal or install the ignition interlock device within 30 calendar days, to avoid drivers license suspension. Implied consent is an essential part of all DUI arrests, by having the privilege to drive on Georgia roads, you are obligated to submit to a blood, breath or urine test. These tests measure your blood alcohol content level, or the amount of alcohol in your system. Arresting officers read the implied consent notice, but fail to mention that by submitting to the test, you are incriminating yourself and voluntarily giving evidence. If you refuse testing, you are subject to all of your rights as a driver being taken and your license suspended. Unlike the State of Tennessee, which now requires an ignition interlock device on all DUI convictions, Georgia ties the IID (ignition interlock device) to getting early reinstatement after a 2nd DUI in GA, or subsequent offense. The waiting periods for use of an interlock device can begin in as little as 120 days for a second offense DUI in the past 5 years.

Because the State of Georgia does not allow record restriction (expungement) of ANY DUI offense, you will have a permanent criminal record, even for a first lifetime drunk driving charge. First offense DUI charges can result in penalties such as: license suspension, mandatory driving risk reduction courses and a clinical drug or alcohol dependency assessment, 40 hours of community service, probation, jail time, court costs and fines.  In Georgia, six factors determine if a DUI becomes a felony. The charging decision of DUI misdemeanor or felony hinges on the FACTS of each case.

Like most other states, if you injure or kill another individual, expect to face DUI felony charges. These charges are susceptible to serving a minimum of one year in jail or up to a maximum of five years in jail. Each fact pattern must be reviewed to determine “is drunk driving a felony?”

When is a DUI a Felony in Georgia?

These are the six ways to be facing DUI felony charges in Georgia:

(1) Repeat offenses amounting to a 4th DUI conviction within 10 years (if you have three prior DUI convictions since July 1, 2008.) This carries fines as high as $10,000 and 5 years of state prison time.

(2) DUIs involving an accident causing death to another individual creates a first-degree vehicular homicide felony DUI; The conviction for a 1st Degree VH DUI in Georgia can result in three to fifteen years in prison per death.

(3) DUIs involving an accident causing serious bodily injury to another person, which means scars, burns, broken bones, etc. This is a first-degree SIBV (serious injury by vehicle) DUI felony. Even if the injured person is in your vehicle during the time of the accident. The minimum sentence for this charge is two years served in prison, and the maximum is fifteen years.

(4) If you are charged for a DUI while operating a school bus. This type of drunk driving charge does not require any students to be on the bus, either. The state of Georgia requires higher driving standards for those operating different types of vehicles or have a CDL (Commercial Driver’s Licence) Even if the driver has NO prior convictions.

(5) If one drinks and drives after having been declared a habitual violator from prior DUI cases and some other serious driving offenses, being arrested again within 5 years of that previous DUI conviction date will result in a felony DUI. Despite being permitted to drive on a provisional license. Arrests outside the 5-year mark are a misdemeanor offense.

(6) Endangering a child. Georgia DUI laws have been written in a way to create a felony DUI offense more quickly than in most other states. For example, with a child endangerment DUI in Georgia, a unique provision of Georgia DUI laws permits an unlimited amount of DUI charges (for all of the children in the vehicle under age 14) to flow from that SINGLE driving event. OCGA 40-6-391 (l) is worded as follows:

View Profile
William C. Head
William C. Head  is a litigation attorney based in Atlanta GA for both personal injury, medical malpractice and criminal defense. A license Georgia attorney for 44 years, Mr. Head has been included in every major legal industry award category during his career. He is known to his close friends as "Bubba". He is Board Certified in DUI Defense Law by the National College for DUI Defense. The co ...read more
Original article can be found here: https://criminaldefensematters.com/dui-felony-ga/

What To Do After a Bicycle Accident in California