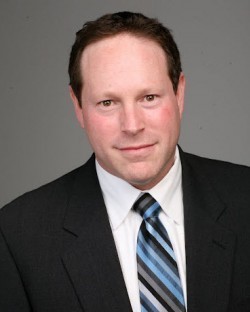 Categories:
Lawyers Practicing Federal Crimes
Update Required To play the media you will need to either update your browser to a recent version or update your Flash plugin.
0 0

United States Attorney Ryan K. Patrick of the Southern District of Texas, along with the Interim Assistant Attorney General Brian Rabbitt of the Department of Justice – Criminal Division, announced the charges made against a Texas woman on September 15, 2020. The 22-year-old woman was allegedly involved in a fraudulent scheme that was designed to swindle the United States government’s Paycheck Protection Program (PPP) out of around $2 million in bank loans.

Lola Shalewa Barbara Kasali, 22, has been served with a federal criminal complaint and has been charged with Bank Fraud, Wire Fraud, Engaging in Unlawful Monetary Transactions, and Making False Statements to a Financial Institution for taking advantage of the current economic crisis and defrauding the PPP, depriving numerous small businesses and American citizens of the financial assistance that is direly needed by the nation in this pandemic.

The criminal complaint alleges that the defendant has submitted at least two fraudulent applications to different lenders that have been approved by the United States Small Business Administration. In these applications, it was noted that the defendant had filed the documents under several claimed businesses she owned or controlled including, Lola’s Level, and the Charm Hair Extensions, overall, seeking approximately over $2 million of proceeds from the PPP. The lawsuit further alleges that the defendant wrongfully claimed that the businesses declared in the application files had numerous employees and thousands of dollars in payroll expenses; however, investigations revealed that neither of the aforementioned business had employees nor payroll wages that were consistent with the reported numbers in the loan applications submitted by the defendant. In addition, it was shown that all the loan applications to different banks submitted by the defendant through the U.S. government’s PPP were fraudulent, and contained false information, glaring omissions, and misleading statements regarding the companies’ respective business operations. It also was reported that the defendant submitted altered documents particularly, forged federal tax filings and falsified bank statements of the reported companies.

Through the United States government’s Paycheck Protection Program, the defendant was able to receive a total of over $1.9 million in PPP funds by falsifying records and cheating the system that aims to provide necessary support and assistance to small businesses and workers of the American nation. It was reported that subsequent to receiving the funds provided by the different bank lenders, the defendant transferred the money to four separate bank accounts, assuming to be used for personal expenses. The complaint further stated that the authorities were successful in seizing the funds that were illegally obtained by the defendant through forged and falsified documents.

The Payroll Protection Program is being administered by the United States Small Business Administration as a part of the $2.2 trillion Coronavirus Aid Relief and Economic Security (CARES) Act – a federal law that was enacted in March of 2020 as a response to the COVID-19 pandemic, in order to provide emergency financial assistance to American citizens who are suffering from the economic distress that the pandemic has brought to the nation. The program offers loans to businesses, in which it is specified that proceeds from the PPP shall be used only on certain permissible expenses, including interests on mortgages, payroll costs, rent, and utilities. Additionally, the Payroll Protection Program has declared the authorization of up to $349 billion in forgivable loans, where interests and principal on the PPP loan shall be entirely forgiven, if and only if, the business can utilize 60% of the loan proceeds on payroll expenses, and spend the loan on the aforementioned permissible expenses within a designated period of time. All loans made through the Paycheck Protection Program are fully guaranteed by the U.S. Small Business Administration.

In April of 2020, the Congress has authorized additional PPP funding amounting to over $300 billion, making the total amount of funds for the PPP to be $649 billion. The Paycheck Protection Program currently allows qualifying small business and other eligible organizations to receive loans with a maturity of two years, and an interest rate of only one percent.

Chairman of the United States Select Subcommittee on the Coronavirus Crisis James E. Clyburn issued a statement during a hearing noting several areas to which improvements can be made regarding the system of the COVID Relief to reduce fraud. He put attention to improving oversight and accountability, such that the money of the American citizens is not wasted. Moreover, Chairman Clyburn said that taxpayers should not have to be burdened with having to choose between providing aid to those who need it or having federal funds be wasted. He further noted that there are simple steps, which could have been taken by the Treasury to improve oversight and reduce fraud, particularly with the COVID19 Relief Funds.

The successful investigation of the case was led by the Federal Housing Finance Agency Office of the Inspector General, the United States Small Business Administration Office of the Inspector General, and the United States Postal Inspection Service – Houston Division. The prosecution of the case is being handled by the Department of Justice – Criminal Division Fraud Section Trial Attorney Timothy A. Duree, and also of the Department of Justice – Criminal Division Money Laundering and Asset Recovery Section Trial Attorney Matthew Grisier, along with the assistance of the Assistant United States Attorney James McAlister of the Southern District of Texas.

Lola Shalewa Barbara Kasali is expected to make her initial appearance in Houston court, before the United States Magistrate Judge Christina Bryan, at 2:00 p.m, on September 16, 2020.

With the provided criminal documents containing allegations that are not evidence of guilt, the public is reminded that the defendant shall be presumed innocent and is entitled to a fair trial at which the state has the burden of proving guilt beyond a reasonable doubt.

Further information regarding any possible allegations of attempted fraud involving the Paycheck Protection Program, the Coronavirus Aid Relief and Economic Security (CARES) Act, and other COVID-19 related schemes shall be reported to the National Center for Disaster Fraud of the Department of Justice by contacting them through their Hotline at (866)-720-5721.

View Profile
Daniel R Perlman
Daniel Perlman earned his Bachelor’s Degree from The University of California, Santa Barabra and his Juris Doctor from The Catholic University of America, Columbus School of Law in Washington, D.C. Daniel is an experienced criminal defense attorney in Los Angeles who has handled thousands of cases throughout Southern California. Prior to graduating from law school in our Nation’s Capital, Dani ...read more