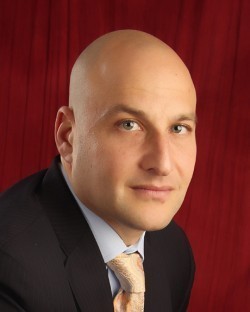 Cellphones and other electronic devices have become a staple in our daily lives. The majority of the time these instruments help us navigate the world around us. However, many people use their electronic devices recklessly while they’re driving. This has become a dangerous growing trend for the state of Florida. The Florida Highway Safety and Motor Vehicles (FLHSMV) reported that there were 50,190 accidents related to distracted driving in 2017.

Florida lawmakers are hoping to pass a new bill for tougher distracted driving laws. Current legislation does have a texting-while-driving ban implemented under Section 316.305 of the Florida Statutes. The law itself is controversial though and has been accused of being toothless. This is because Florida is one of only four states that doesn’t allow police officers to pull someone over for looking at their electronic device.

In 2018, a similar bill was sponsored but died while in the Senate. Some representatives believe the reason for this was because the bill wasn’t very clear. It instead focused on making texting while driving a primary offense. The 2018 bill did nothing to address other distracted driving actions such as talking on the phone or perusing social media.

What Does the Bill Say?

Distracted drivers cause serious injuries and sometimes fatalities every year. Florida lawmakers have decided to respond to this issue with stringent legislation. On the surface, this bill seems to be a good idea, but it could also impose an influx of unnecessary citations on Floridians.

If HB 112 passes into law, then police officers could pull you over for simply picking up your phone. The implementation of this law may leave many Florida residents with traffic tickets. People with multiple violations could have issues with their insurance or simply be unable to pay the full cost of the ticket.

What’s even more unsettling is the ineffectiveness of hands-free mode. The National Safety Councilargues using a hands-free device requires the same amount of brain processing power as texting and driving. Both activities require the driver to split their attention, meaning you’re just as likely to get into an accident talking on hands-free than if you’re sending an electronic message.

If this is true, then HB 112 doesn’t solve the problem of distracted driving by allowing hands-free. Instead, our legislation would be imposing a law that doesn’t lessen distracted drivers and requires officers to waste time issuing unneeded tickets.

It’s important we keep Florida roads safe. However, it’s just as imperative we implement thoughtful legislation that attacks every avenue of the problem. We’re still unsure of the fate of HB 112 and it’s possible amendments. Hopefully, Florida lawmakers will alter the bill so it can effectively tackle the issue of distracted driving.

View Profile
Lawrence Michael Meltzer
Lawrence Meltzer graduated from the American University in Washington, D.C. in 1994 with a Bachelor’s Degree in Criminal Justice. After working in the private sector for a couple of years, Lawrence was accepted into Nova Southeastern University’s Shepard Broad Law Center in 1996. Lawrence graduated from Nova Southeastern University School of Law and achieved his juris doctor in May of 1999. Af ...read more
Original article can be found here: http://www.verdictforum.com/2019/03/new-distracted-driving-laws/