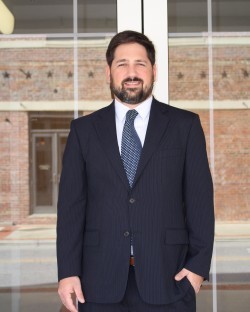 Categories: |
Lawyers Practicing Criminal Defense in Escambia County, FL
Update Required To play the media you will need to either update your browser to a recent version or update your Flash plugin.
0 0

HB 7125 passed in the Florida House by a vote of 112-1.  The purpose behind the law is to reduce prison recidivism and overcrowding. To that end, HB 7125 makes changes to increase the threshold for certain felony offenses and redefines the conditions for expunging criminal records. While the bill at first glance seems long at nearly 300 pages, there are few highlights, with the most significant changes revolving around theft offenses.

Among the threshold alterations are an increase to the amount that must be stolen to be considered grand theft. Under current law, theft of property valued at $300 or more but less than $5,000 is considered grand theft and is a third degree felony. HB 7125 increases the minimum threshold to $1,000 before it becomes grand theft. Likewise, retail theft or shoplifting is considered a third degree felony if the value of property taken over a 48 hour period is valued at $300 or more. The FIRST STEP act would increase that threshold to $1,000 as well but the period of time evaluated would be increased from 48 hours to 30 days. The threshold point for looting during a state declared emergency as a crime would also have its threshold point increased, becoming a third degree felony only if the property stolen is worth $1,000, up from $100.

Some other odds and ends include; reducing possession of a gallon of moonshine to a first degree misdemeanor from a third degree felony; underaged Floridians who attempt to buy tobacco or caught in possession of tobacco would no longer face revocation of their driver’s license; reducing those arrested for operating an underground gambling operation from a third degree felony to a second degree misdemeanor; and those who have charges dropped or their case dismissed due to a finding of self defense are eligible to have their records expunged.

As it turns out, the Senate has its own FIRST STEP Act. The Senate’s bill, SB 642, is actually fairly different from its counterpart in the House. The Senate’s bill does have some similar features such as increasing the threshold for theft felonies, reducing the penalty for operating underground gambling houses, and including the new crimes of transferring and possessing child-like sex dolls but SB 642 seems to propose more sweeping reforms. Those reforms include easing mandatory minimum sentences for certain crimes and altering gain time requirements. In Florida, convicts are required to serve at least 85 percent of their sentence and can reduce their time in prison for good behavior, known as gain time. The Senate bill would reduce the time a prisoner must serve to 65 percent and would apply retroactively to certain offenders.

Since the state has an interest in trying to reduce the number of prisoners that reenter the prison system after release, SB 642 would introduce more avenues to provide released prisoners with reentry services such as counseling, information on housing and job placement, money management assistance, substance abuse programs, and mental health programs.

There would also be alternative sanctioning for probation violations. Those who violate probation currently face the prospect of being resentenced for their original crime. SB 642 would offer alternative punishments for low level violations, such as not meeting with a probation officer. Alternative sanctions proposed by the Senate include, five days in county jail, 50 additional hours of community service, counseling, support group, drug testing, loss of travel privileges, curfew for up to 30 days, and house arrest for 30 days.

An additional crime would be added under SB 642 as well. Trafficking pharmaceuticals would be a first degree felony with a mandatory minimum prison term of three years if the offender trafficked at least 120 dosage units.

SB 642 has been placed on hold as the Senate awaits HB 7125. It seems clear that both houses are intent on making criminal justice reforms but what that reform will look like in the end are still unclear. Both houses will continue negotiations and SB 642 will go up for debate again next Tuesday.

View Profile
John A. Terrezza
John A. Terrezza is a criminal defense attorney in Pensacola, FL. Being focused exclusively on criminal defense allows John Terrezza to effective represent his clients using an aggressive defense at every stage of the case. As a graduate of the University of Florida, he earned his Bachelors of Arts degree in Environmental Science. Following graduation, he enrolled at Florida State University Colle ...read more