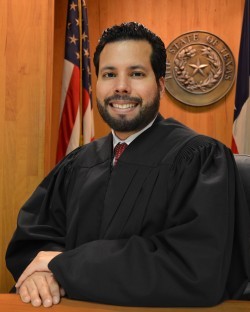 Family Drug Courts A New Weapon in the War on Drugs

For decades the war on drugs focused on arresting and punishing drug pushers and drug addicts alike. This often meant that children of drug addicts would be thrown into the tumult of being removed from their homes and placed in foster care after their parents became incarcerated. The result has been an increase in recidivism and a higher likelihood of drug overdose for those who leave the prison system. There are also more than 2.7 million children in this country who have at least one parent in prison. Two thirds of that figure are for non-violent drug offenses. The damage also disproportionately effects African American children since one in nine black children has an incarcerated parent compared to one in 57 for whites.

The War on Drugs

The war on drugs has changed, though. Many states have come to the realization that being tough on crime is not the best solution if reducing crime is your objective. The same goes for drugs. Putting non-violent offenders in prison serves little if any benefit. Families where a parent has issues with substance abuse often experience other problems such as unstable housing, domestic violence, educational challenges, transportation issues, and lack of stable employment. Incarceration for these parents causes more harm than good.

There has been a shift in many jurisdictions to focus on drug treatment and monitoring to reduce the number of people that end up back in prison and reduce the harms that are associated with taking a parent out of the home.

One of the burgeoning methods in Texas to break drug dependence and addiction is through Family Drug Treatment Courts. There are currently 13 such courts in Texas.

The Family Drug Courts provide resources such as counseling, monitoring, and drug treatment facilities to parents who ended up on the wrong side of the law due to a drug crime. The goal of these courts is to rehabilitate and keep families together. The Texas Department of Family and Protective Services says that 11,000 children were removed from their homes due to substance abuse by their parents or guardians last year.

The Family Drug Courts are also meant to be non-adversarial. Parents are working with the court and child protective services to create sanctions and goals that will help end drug abuse and keep the family unit together. This includes having dedicated case managers, caseworkers, and court appointed advocates.

Unfortunately the bill was not passed in time for the close of the legislative session leaving counties in Texas without a family drug court to fund it themselves. For now, without HB 3786, non-violent first time offenders will have to rely on other programs such as pretrial diversion programs as an avenue for avoiding jail time and getting much needed treatment so they can stay with their families.