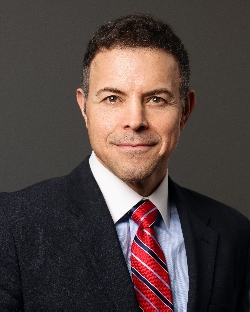 Categories:
Lawyers Practicing Criminal Defense
Update Required To play the media you will need to either update your browser to a recent version or update your Flash plugin.
0 0

Technology is always developing and hopefully progressing towards a greater human good. It’s prevalence in law enforcement investigations has increased exponentially over the last twenty years. However, what happens when the technology we use to investigate crimes is faulty or generates an incorrect result? What happens to the victims of algorithms and internal errors?

On January 9th, 2020, a Farmington Hill resident named Robert Williams was pulling into his driveway after work. He was immediately blocked by several police cars and they wouldn’t let him leave. “As if I was going to make a run for it,” Williams said to lawmakers when telling his story nearly a year later on July 13th, 2021.

Robert Williams was arrested that night in front of his wife and two young daughters. Detectives booked him and brought him in for questioning shortly afterwards. They showed Williams a surveillance photo of a suspect who had just shoplifted five watches from a Shinola store in Midtown Detroit and accused him of committing the act. It wasn’t him. Williams had been wrongly flagged by facial recognition software.

He was held in custody for 30 hours and slept on a concrete floor. The officer’s response when he learned of the error was “I guess the computer got it wrong.”

Robert Williams, an African American man, is just one of a handful of false arrests using highly controversial facial recognition technology. In every instance, the victim has been a black man.

Ever since then, Robert Williams has been fighting to clear his name and to ban biased facial recognition technology. In April 2021, Williams sued the city of Detroit, Police Chief James Craig and Detroit Police Detective Donald Bussa with the help of the University of Michigan Law Schools Civil Rights Litigation Initiative (CRLI) and the American Civil Liberties Union (ACLU).

The case has now been brought to federal court. Williams is arguing his Fourth Amendment rights were violated and the wrongful arrest was in violation of the Michigan Elliot-Larsen Civil Rights Act. He is seeking damages, but his main goal is to stop the use of facial technology altogether in law enforcement. He hopes it’s banned statewide like it is in Vermont and Virginia.

On July 13th, Williams testified before the U.S. House Judiciary Subcommittee on Crime, Terrorism, and Homeland Security as they are now examining the risk to civil liberties and due process facial recognition technology may have. The audience was incredibly sympathetic as Texas Representative Sheila Jackson Lee apologized to Williams and declared the committee needed to “find a bipartisan pathway forward.”

Experts testifying against facial recognition software stated the technology was legitimate, but it’s unregulated use means the landscape of when/how to use it is like the “Wild West.” Officers often aren’t trained to properly use the software and will also find evidence to support the facial recognition results rather than challenge them.

It’s also well documented that facial recognition technology encounters more difficulties when identifying people who have a darker skin color. Lawmakers from both parties raised this concern as it’s the software is also less accurate when analyzing faces of women, the elderly, and also children. Many experts who testified in front of Congress claimed they should start directly regulating software vendors and set required standards to ensure civil rights aren’t being violated.

Former Detroit Police Chief James Craig doesn’t blame the technology for the false arrest. Instead, he claims poor detective work is the reason why Williams was arrested. He personally apologized to Williams after the incident and stated the “sloppy work and lack of management oversight” prompted him to demote the detective’s supervisor in charge of William’s case.

Despite the controversy, the Detroit City Council still approved an almost $200,000 facial recognition technology contract with a company known as DataWorks Plus. The contract is set to expire on September 30, 2022.

The city has agreed to expunge William’s record, but the damage is still there. Robert Williams worries he may be wrongfully arrested again, and both his daughters have exhibited extreme distress whenever they hear of the case. The Farmington man has suffered from multiple strokes since the incident that his doctor attributes to stress.

If you’ve ever been wrongfully arrested or accused of a crime, it’s imperative you contact an experienced criminal defense attorney. J. Dallo of Dallo Law has spent over a decade defending clients charged with all types of offenses with a proven track record of success. Call (248) 283-7000 to set up your first consultation.

View Profile
Jalal Dallo
J. Dallo has been practicing law for over 10 years with a special focus in criminal defense and OWI. For years, he has provided representation services to hard-working and high-value individuals, like yourself, in the Oakland County or Macomb County area.   Attorney Dallo routinely represents hard-working and professional people, like yourself, who have an important standing in society but ha ...read more