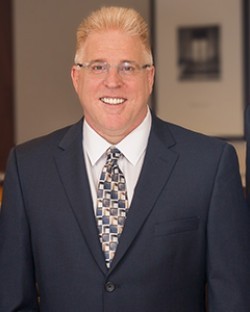 Expanding the Compassionate Use Act In Texas

Texas believe it or not, has legalized marijuana for medicinal use.  The Texas legislature passed the Compassionate Use Act (CUA) in 2015 but you would be hard-pressed to find anyone that is covered under the law. The CUA is very much  limited on who is eligible and who can dispense the drug and how much of the drug can be administered. There are currently 27 bills before the Texas Legislature that aim to expand the legalization of marijuana in the state, but the ones most likely to pass are the ones that only expand the CUA itself.

The CUA currently allows only people that are diagnosed with intractable epilepsy to purchase cannabis. Those that are eligible must have the drug prescribed by a doctor and there are less than a handful of dispensaries that will sell the drug. Furthermore, the cannabis coming out of these dispensaries is low-THC CBD oil, that is it has no psychoactive effects and it does not come in a flower form. These factors taken together make Texas’ form of legalization possibly the most restrictive of any state that has legalized the drug.

Governor Greg Abbott has indicated he is not completely convinced about recreational marijuana but has expressed a willingness to discuss an expansion of the CUA, making that route of legalization the most likely to succeed. There is a house bill pending this session to expand the CUA.

H.B. 209 is a house bill that makes several additions that will protect medical cannabis users from prosecution and will increase who is eligible to receive medical cannabis. First, the bill if enacted would protect medical marijuana cardholders, nonresident cardholders, dispensing organizations, and testing facilities from arrests, prosecution, or penalties for conduct that involves medical use of marijuana. The proposed provisions explicitly protect medical marijuana users from a presumption of child abuse, from the denial of parental rights, from seizure of property, and from prosecution for drug paraphernalia in relation to their use of the prescribed cannabis.

Beyond those defined conditions, there is also a section that allows for less defined situations that may allow a doctor to prescribe the drug for chronic medical conditions that produce wasting syndrome, severe pain, severe nausea, seizures, or severe muscle spasms.

What is particularly interesting about the bill is that it gives wide discretion to the Department of Public Safety Director to decide what is allowable and what is not. For instance, the director would be allowed to set the amount of medical cannabis that could be possessed by patients. The bill does set a minimum amount of 2.5 ounces and or six cannabis plants. It also allows the department to define approved debilitating medical conditions. That means the above list of conditions that are eligible for medical marijuana could be expanded without the legislature and would depend on the discretion of the Department of Public Safety.

If this law went into effect, it would greatly expand who would have access to medical marijuana. In fact, the proposed bill in its current form is very similar to the medical marijuana frameworks that existed in states like California, Washington, and Colorado before those states legalized the drug for recreational use. If passed it would provide a clear pathway for Texas to eventually legalize for recreational purposes as well.

Even though Gov. Abbott has indicated a willingness to expand the CUA, he may find this H.B. 209 to be too expansive. It’s very possible the law will be adjusted and changed to increase the likelihood it passes.

View Profile
Frank C. Powell
Frank C. Powell is a Conroe and Houston criminal defense lawyer with an impressive scientific background. Before co-founding Evans & Powell, PLLC, Dr. Powell practiced medicine for over two decades. Dr. Powell completed law school at South Texas College of Law in Houston in two years, graduating with honors. He received his master's degree from the University of Florida with a concentration in For ...read more