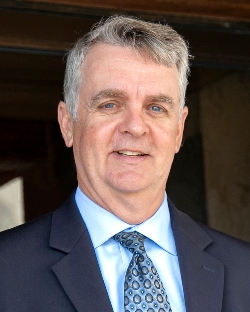 Chapo Guzman, the notorious drug kingpin of Mexico’s Sinaloa Cartel was found guilty of all charges in the Eastern District of New York related to his role in what was the biggest drug empire to date. His potential punishment? Life in solitary confinement at a federal super-maximum penitentiary such as ADX Florence in Florence, Colorado. Even with the heinous crimes committed by El Chapo, there is a movement to eliminate solitary confinement as a punishment by those who believe it is inhumane. Young offenders in particular are susceptible to the damaging effects of solitary.

Supermax prisons are designed to house the worst of the worst along with prisoners who have been hard to contain without a risk of them escaping. ADX Florence houses such notorious criminals as Ted Kaczynski, Boston Marathon Bomber Dzhokhar Tsarnaev, Russian double agent Robert Hanssen, and fellow cartel figurehead and rival Osiel Cardenas Guillen. These prisoners are housed in solitary confinement in a soundproof 7 foot by 12 foot cell for 23 hours a day.

The Effects of Solitary Confinement

Solitary confinement may last for weeks, months, or even years. Being confined for 23 hours a day for weeks on end must damage a person’s psyche and could be considered a form of torture. Studies of solitary confinement have shown serious mental effects. A study by Stuart Grassian, a former faculty member of Harvard Medical School, found that a third of those in solitary were “actively psychotic and/or acutely suicidal.” Grassian also believes that solitary confinement can cause hallucinations, panic attacks, paranoia, diminished impulse control, obsessive behavior, and concentration and memory problems.

A study of California prisons between 1999 and 2004 also found that nearly half of all suicides were prisoners that were in solitary.

A Chance to Change the Law

Lawmakers in Florida are considering whether to end this practice for youths in prison. SB 624, proposed by State Senatory Bill Montford would define youths as anyone under the age of 19 under the bill. Youths would not be put in solitary confinement or put in an isolated room to separate them from the general population for any period of time.

There would be emergency confinement conditions that would allow a prison to put a youth in solitary, however. An emergency confinement would require that the facility would not be able to prevent harm to the youth or others; that there is an imminent risk of the youth harming himself, harming others, or compromising security; and that all less restrictive means have been exhausted.

View Profile
Ashley Aulls
Ashley Aulls serves as a criminal defense attorney in Brooksville, Florida. With more than 15 years of experience, and 5 of those in the public defender's office, he has thorough knowledge of the legal system. His priority as the head of The Law Office of Ashley Aulls is to maintain open communication with each client and customize a defense that fits their individual needs. ...read more