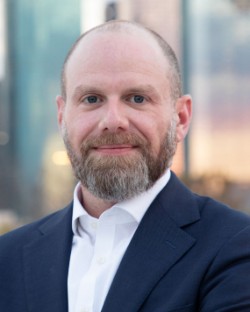 Can Texans Vote to Legalize Marijuana

Citizens in Texas do not get to vote on laws. They can elect officials that will decide on laws for them but there is no direct way for Texans to decide for themselves. While a majority of Americans now support the legalization of marijuana, in Texas possession, use, and sale of the drug remains illegal and voters can not change that directly. That is, unless there is a constitutional amendment.

While there are hundreds of constitutional amendments proposed every year, most of them fail and never reach voters. Is there any indication that an amendment allowing Texas voters to decide if they want to legalize marijuana would pass?

proposing a constitutional amendment to authorize and regulate the

possession, cultivation, and sale of cannabis.

BE IT RESOLVED BY THE LEGISLATURE OF THE STATE OF TEXAS:

adding Section 48 to read as follows:

"cannabis" means the plant Cannabis sativa L., whether growing or

not, the seeds of that plant, and every compound, manufacture,

salt, derivative, mixture, or preparation of that plant or its

(b)  The legislature by law shall authorize and regulate the

possession, cultivation, and sale of cannabis in this state.

SECTION 2.  This proposed constitutional amendment shall be

submitted to the voters at an election to be held November 3, 2020.

proposition: "The constitutional amendment directing the

legislature to authorize and regulate the possession, cultivation,

and sale of cannabis."

The only difference between H.J.R. 21 and S.J.R. 8 is the voting dates, the House resolution proposes that voters decide on November 5, 2019 instead of November 3, 2020. To pass either would require a two-thirds vote in both the Texas House and the Texas Senate, that is 100 Congressmen and 21 Senators.

Both proposed amendments were authored by democrats. Just based on party lines, it seems unlikely that either amendment would pass. Republicans have traditionally been opposed to marijuana legalization but that attitude is quickly change. Still, there are only 65 Democrats in the House and 83 republicans. In the Senate, there are 12 democrats and 19 republicans. Even assuming that all Democrats would vote for such an amendment, which there is no guarantee of, the democrats would have to convince nearly half of the republican congressmen and nearly half of the republican senators to join them just to give Texans the vote on marijuana.

That is quite the tall order. There are no listed sponsors on either bill and as of yet there does not seem to be an indication of bipartisan support. While there are several other bills in the legislature that would expand marijuana legalization, having voters decide might be the hardest path.

View Profile
Jordan E. Lewis
Jordan Lewis has given his all to defend every single one of the people who have entrusted him with their future. He has developed a reputation as a lawyer who will not back down from a fight, trying more than 40 jury trials before his fifth year of practice, and seeing dozens more dismissed on the day of trial. ...read more