Home> Find a Lawyer> Insights >A center for foster children struggles to stay open, leaving questions as to where the kids will go 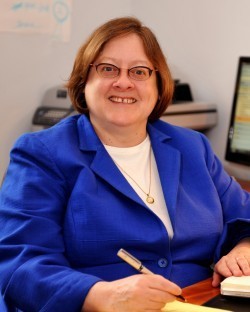 A center for foster children struggles to stay open, leaving questions as to where the kids will go

For at least 50 years, foster kids in Seattle have relied on the residential treatment facility Ryther for support. But soon foster kids that rely on state aid won’t be able to rely on Ryther, as the facility’s leaders say they will end their contract with the State of Washington. Starting in 2020 Ryther will only accept only children whose care is are covered by private insurance.

This policy change by Ryther will leave vulnerable children who have behavioral problems and psychiatric conditions with even fewer resources in Washington state. The Seattle Times reports that the end of the state contract with Ryther will leave 26 children in need of new homes.

Care for foster children is paid for by the state if private insurance is not available. But Ryther says that it receives from the State just a little more than $400 per day for each child in its care. By contrast, private insurance pays an average of $500 per day and is closer to the cost of serving the children.

Ryther says that the State’s payments are not enough for it to retain the staff that are needed to properly serve these children. Until recently behavioral specialists were paid just $17 an hour, a rate so low that the Ryther claims it has about a 60 percent turnover in staff in 2019. When Ryther told the State it could no longer take in foster children, State officials boosted the amount it pays for each child in care. This allowed Ryther to give staff an increase in pay to $19 an hour, but Ryther says the payment by the State it still is too low for the facility to continue accepting foster kids.

The Seattle Times reports that about 3 percent of Washington’s foster children live in group home settings. A decade ago, about 1,000 foster children received behavioral rehabilitation services. That number has declined to about 600 kids today but could increase if centers like Ryther are unable to serve foster children.

There is an ongoing and urgent need for adoptive homes for older children in the foster care system. Training and support are available to assist families in preparing to adopt a child with special needs, including mental health and behavioral problems. Experienced parents with grown children are often make ideal foster parents, because they have gained knowledge and skill about adolescence that can be invaluable in understanding the needs of vulnerable young people.

With the state government not keeping pace with the full cost to care for foster children in facilities, kids all across Washington will be looking for homes. If you would like more information about how to become a foster parent to an older child, an experienced adoption attorney can help you.

View Profile
Joyce Stewart Schwensen
As a caring family attorney with an eye for detail and personal attention to each case, Joyce has earned the trust of her clients throughout her 20 years of experience as an attorney. Joyce began her path toward her firm after earning her BA in History at Washington State University. She then attended Washington State University Law School and was awarded her J.D.in 1984. The Law Offices of Joyce ...read more