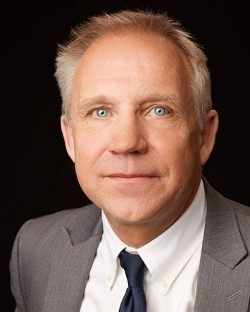 Dismissed
DUI
Apr 2019
Client was accused of DUI, Reckless Driving, and a few other charges. The allegation was that he had gotten intoxicated and then he and a friend began racing down a back street. The car proceeded to roll several times ejecting the occupant or occupants from the car. All that remained in the vehicle was one flip flop and my client’s phone. After approximately an hour an officer located my client at the emergency room wearing the other flip flop. They took a blood draw and the blood draw came back well above a .200. Through diligent investigation we were able to determine that the blood was not labeled correctly. We set the case for trial and continued trying to get a favorable offer for the client. We explained to the district attorney the problems with their case and finally the week before trial, the district attorney looked at their case and realized the issues they would have at trial. Client took a deferred sentence offer to reckless driving without pleading to the DUI offense. Ultimately the clie
Not Guilty
Assault
Mar 2019
Client was accused of assaulting and harassing his girlfriend in front of their shared children. Through investigation we were able to determine that his girlfriend had lost custody of their son when he was a baby and client had been awarded full custody. The girlfriend had waited several weeks to report the incident. Once probable cause was found, client was taken into custody and his girlfriend took the kids and left the state. My client was not interested in pleading guilty to a crime that he did not commit, so we had the case set for trial immediately. Through thorough investigation we were able to have several ways to discredit the girlfriend and at trial the jury saw through the girlfriend’s story and found my client not guilty of all charges.
Not Guilty
DUI
Feb 2019
Client was stopped on the highway heading home to Pueblo and the officer smelled alcohol. After stepping out of the vehicle, client agreed to do the field tests. After only doing okay on those tests, client was arrested DUI and refused to give a breath or blood sample. Client took the case to trial. At trial we cross examined the officer at length about the field sobriety tests discussing each clue he was using for impairment. At closing arguments, we went over in depth the clues and how subjective each of these tests are. We also argued against the inference that my client must have known he was drunk and that was why he refused the chemical test. After several hours of deliberation, the jury returned a verdict of not guilty.
Not Guilty
DUI
Jan 2019
Client was contacted by officers after he was crashed into by a truck that ran a red light. The officers could smell marijuana, as my client had a lot of containers that he had purchased and was taking home. After having him do the field tests, they decided that he was too high to be driving. He agreed to do a blood test and his blood test came back over two times the presumptive limit. At trial, we were able to use the body camera footage to show every mistake and misstatement that the officer made at trial and in his reports. We showed each time that he administered the test incorrectly. We also crossed the marijuana expert that the state called to show that he was not substantially incapable of operating his vehicle. Ultimately, he was found to be affected to the slightest degree (DWAI) but we were able to get not guilty on the DUI charge and the open container charges dismissed. When talking to the jury after the case, they agreed that the officer and his testing were completely un-credible but that
Offer
DUI
Dec 2018
Client was pulled over for not using a turn signal by an officer. After agreeing to do the field tests, the officer decided that he did not do the test satisfactorily. The district attorney would not negotiate because it was a second offense, so we took the case to trial. At trial my co-counsel and I systematically took their case apart. While watching the dash cam footage very closely, I was able to see that the officer doing the field tests did two of them incorrectly. Because these are standardized tests, we argued to the jury that if you do not do them exactly as they are taught by the instructors that the test is unreliable and should not be taken into consideration. My co-counsel argued that the breath test machine had too many errors for that to be considered reliable. After several hours of deliberation, the jury ended up hanging and we had to set the case for trial again. Following this result, the district attorney finally agreed to negotiate the case and our client took an offer that was much be