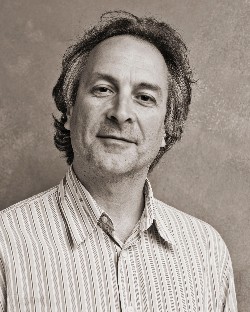 Copyrights / Trademarks and Contracts Lawyer
Not Yet Reviewed Review this lawyer
Machat & Associates, PC
West Hollywood, CA
Back to profile

Won
Trademark Infringement and cybersquatting
Jul 2018
The parties disputed the rights to the name REAL CALLER. The jury agreed with Machat's client and awarded $710,000 -- the largest trademark verdict in Californian in 2018
Won
Business dispute
Jun 2016
Corporate client, a beverage distributor, and its owner, also a client, were sued for failure to pay well over a million dollars. The owner was sued as the alter-ego of the company. We filed a cross-complaint alleging breach of contract and breach of the covenant of good faith and fair dealing, arguing that the supplier prevented the client from enjoying the benefits of the contract and that the client was not the alter-ego of Megawine and not responsible for its debts. The jury returned a verdict of $333,000 on Megawine's cross-complaint agreeing with our breach of the covenant of good faith and fair dealing argument. The Judge subsequently ruled in our client's favor that he was not the alter-ego of Megawine and awarded him his attorneys fees and costs of $160,000. This case is currently up on appeal.
Won 9-0
Supreme Court case establishing Fair Use as a viable defense to trademark infringement.
Oct 2004
Mr. Machat brought his client's case to the Supreme Court arguing that the 9th Circuit error by finding his client could not avail itself of the Fair Use defense if likelihood of confusion would result. The Supreme Court agreed with Mr. Machat and reversed ruling that Fair Use is a defense even if there could be likelihood of confusion
Won
Civil Fraud brought by Federal Republic of Germany against a holocaust victim
Former holocaust survivor was sued by the Federal Government of Germany for fraud for continuing to cash reparation checks intended for his deceased father, who also was a holocaust victim. Client was ineligible to receive payments in his name because he was a US citizen having been born in the US to his German parents who were visiting at the time. The US citizenship got him and his family out of the Nazi concentration camps where he and his family were tortured. Client felt entitled to the money after his father passed away because he too was a victim. In a case of jury nullification, the jury ruled in favor of Albert Sendrey finding the statute of limitations had passed.