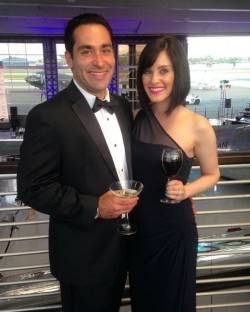 I worked with Jonathan Gerber, Partner at Miller Miller Gerber LLP for several years on a few cases. Jonathan is a big talker. Gerber screwed up two cases that changed the course of my life. Gerber is such a bad attorney that he is a danger. He bragged to me how great of a litigator he was and how much experience he has. To give you an idea of the kind of guy Gerber is, he showed up at my home for a pretrial meeting on a Sunday and tells me how appreciative I should be that he is billing another client for his time with me. Although Gerber had over a year to prepare for trial, after day 1 of trial Gerber instructed me to find another attorney to assist him because he did not have experience in the type of trial we were in. I had to literally find a trial attorney to sit 2nd chair to Gerber after the trial had begun. Jonathan Gerber grossly underestimates his opponent. He kept telling me, "I don't think [opposing counsel] has ever tried a case before." He was so wrong. Gerber got his lunch handed to him. He was incredibly unprepared and overestimated himself. Gerber chose to ignore the key points of my case, which my wife and I wrote over and over to him emphasizing he should focus. He chose not to learn about the case but rather rely on his ability to litigate on technicalities. By the end of a 7 month trial, Gerber had not even told my story. At the end of the trial, Jonathan Gerber refused to prepare a closing brief as ordered by the court. I had to fire Gerber just to file my own closing brief. On the other case Gerber was representing me, he misfiled documents and then withdrew as my attorney only to misinform the attorney who replaced him. I am publishing this with my true identity so nobody will think this is a competitor. Imagine an attorney that says just before you walk into court, "if you pay me an extra $5,000 I will do a better job for you today." That is a direct quote from Jonathan Gerber to me, and it happened 3 or 4 times in one case and 2 or 3 times in the other case. I gave Gerber all the money I had. He enriched himself while I suffered by his immaturity, misrepresentations and poor performances.