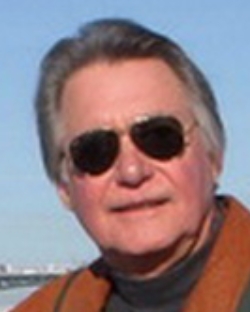 Business Law and Contracts Lawyer
Law Offices of David D. Murray
Placentia, CA
About Résumé Reviews Contact
Not Yet Reviewed Review this lawyer
Is this you? Showcase your career achievements and connect with ideal clients.
Premium Placement
Enhanced Features
Upgrade to Enhanced Profile

DAVID D. MURRAY is an attorney with offices in Southern California.

Since 1978,David D. Murray has successfully represented clients in business transactions, litigation, and immigration matters, cutting through the red-tape of bureaucracy and achieving positive results for clients in the United States and around the world.

Rated A/V by Martindale-Hubbell, signifying very high to preeminent legal ability for expertise, experience, integrity and overall professional excellence, the firm routinely handles matters relating to U.S. business immigration and international business transactions for companies with locations throughout the United States as well as in countries overseas in Europe, South America, Africa, Asia, and throughout the Pacific Rim.

As an American Jurisprudence Law Award recipient in Criminal Law, and as a Certified Intern with the Office of the San Diego County District Attorney, Mr. Murray began his legal career in the arena of criminal prosecution. After handling many criminal matters as a Certified Intern, and after licensure, as criminal defense counsel, Mr. Murray shifted the emphasis of his practice to civil matters, representing companies and individuals world wide in legal matters ranging from employer/employee disputes, contract negotiation and drafting, copyright and trade secret enforcement, domestic and international business transactions, business litigation, entity formation, and U.S. corporate, business and family related immigration matters.

Mr. Murray received a Bachelor of Science degree in June of 1966 from Ball State University,and the degree of Juris Doctor from Western State University College of Law in December 1977.

Mr. Murray served in the U.S. Army from 1967 to 1969, taking Basic Training at Fort Leonard Wood, Missouri, and Advanced Individual Training at Fort Lee, Virginia. Remaining at Fort Lee as an instructor in the Quartermaster School until deployment to the Republic of South Vietnam in September 1968, Mr. Murray became one of the four founding personnel of the HQ I Corps Tactical Zone Signal Group, Provisional, in Phu Bai, South Vietnam. While stationed at Phu Bai, in addition to his regular military duties, Mr. Murray served as Professor of English at the University of Hue, through the auspices of a United States Information Agencycultural exchange program.

Growing up inMichiana Shores, Indiana, and learning to sail at age 15 aboard the 38-foot wooden ketch Scherzo 2 1/2,on Lake Michigan, at age 21 Mr. Murray took a hiatus from his university studies and shipped out "before the mast" with Windjammer Cruises as a deckhand aboard the 197 foot staysail schooner Yankee Clipper, formerly the Vanderbilt family's yacht Pioneer, and the majestic 150 foot schooner, Polynesia, charter cruising the Bahamas, Virgin Islands, and the Windward and Leeward Islands of the West Indies. The next year, after graduating from college, Mr. Murray continued his professional sailing career in the Virgin Islands as First Mate aboard the big gaff-rigged Brixham Trawler charter yacht, Maverick, under the command of his sailing mentor,Captain Jack Carstarphen.

Serving as a deckhand aboard the schooners Yankee Clipper and Polynesia, crew aboard Maverick, and a delivery from the Virgin Islands to Florida and the Miami to Nassau Sailboat Race aboard the classic champion sailing yacht Ticonderoga qualified Mr. Murray with sufficient sea-time to sit for his 100-ton Captain's License. In 1973, Mr. Murray earned the rank of Merchant Marine Captain, thereafter serving as Captain of the international sailing yacht Mystic, a 60-foot Ted Brewer-designed aluminum ketch, and Bon Belle, a 63-foot Phillip Rhodes designed aluminum ketch. In addition, Mr. Murray gained Caribbean sailboat charter experience as captain aboard such famous sailing yachts as the historic 73-foot Nathaniel Herreshoff designed NY 50, Spartan, the 70-foot Uffa Fox-designed Flying Fifty, and Diligence, a Sparkman & Stephens designed Swan 57. In addition to running charters in the West Indies, from 1970 to 1972 Mr. Murray made a two-year single-handed voyage through the Windward and Leeward Islands of the Caribbean aboard the tiny 22-foot sloop, Waltzing Matilda.

Mr. Murray's sailing adventures have taken him to ports all along the New England Coast and down the East Coast of the United States from Maine to Florida, sailing to Bermuda, the Bahamas, the West Indies' Leeward and Windward Islands, cruising to South America, twice through the Panama Canal and up the coast of Central America and Mexico, and north-westward to California, in addition to sailing in Hawaii, the Philippines, and the Mediterranean Sea. In a lifetime of sailing, Mr. Murray has logged over 100,000 sea miles, chartering, delivering, racing, and cruising aboard both traditional and modern sailing yachts ranging in size from 22 to 197 feet.

Retiring from professional sailing in 1982, Mr. Murray has devoted his full time to the practice of law, with the exception of a six month sabbatical to establish a diamond mining operation in the Kasai Province of Zaire (previously the Belgian Congo, and now called Democratic Republic of Congo), out in the African bush country, 60 kilometers from the town of Tshikapa, and 600 kilometers from Kinshasa.

Mr. Murray has written a book entitled Africa, Africa, a cut-to-the-chase documentary of what it is like mining diamonds in the wilds of the African bush, living in a dirt floor hovel, without running water or an indoor toilet, the only electricity provided by a 15kw diesel-powered generator that provided electricity to bare, ceiling-hung, light bulbs and the luxury of a TV that because there was no television reception in the bush, was able only to show French language movie videos.