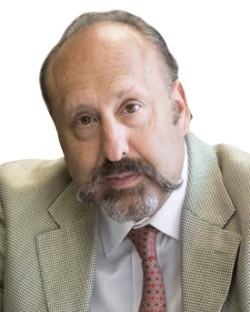 Personal Injury and Bankruptcy Lawyer
Law Offices of Andrew Ritholz
Pasadena, CA
About Résumé Reviews Contact
Not Yet Reviewed Review this lawyer
Is this you? Showcase your career achievements and connect with ideal clients.
Premium Placement
Enhanced Features
Upgrade to Enhanced Profile

Attorney Andrew Ritholz has been a lawyer for over thirty years. Originally, a New Yorker, he attended Brooklyn College. Thereafter, he attended law school at CA Western School of Law (ABA/AALS) in San Diego, CA, graduating at the top of his class. While in Law School he was Lead Articles Editor and a Staff writer for the LAW REVIEW. He also won multiple awards and scholarships while in law school. Subsequent to his graduation from law school, he also had writings published by Stanford Law School. He has been licensed to practice law in California and the District of Columbia. Prior to marrying and raising two children, Andrew also travelled the world visiting and or living in over twenty countries. He has the ability to understand and get along with people from all over the world, from all different cultures, and his clientele reflects that. People feel comfortable with Andrew because he is honest and communicative. He is always available to talk to a client.